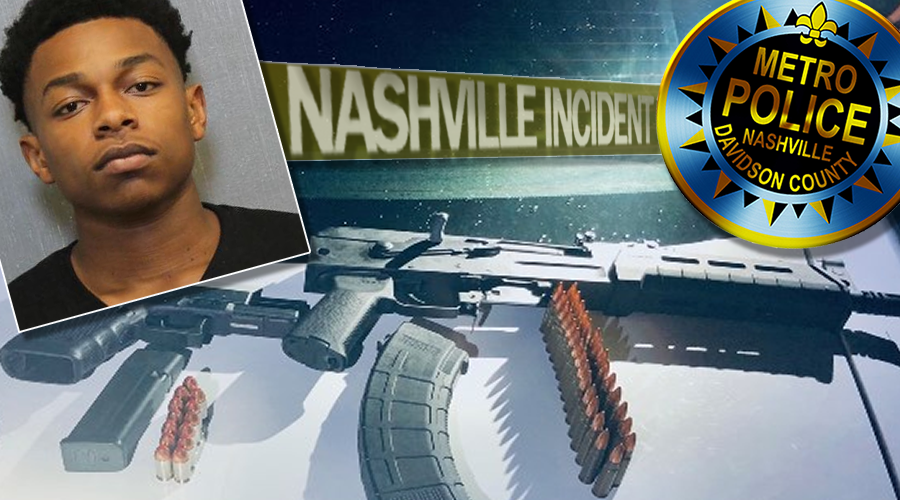 Jalem Buford was behind the wheel of a Hyundai Sonata when he ran a stop light at Brick Church Pike & Ewing Drive. A task officer saw him do it and attempted to stop the Sonata. Buford sped away. Officers did not pursue the car, instead asking an MNPD helicopter crew already in the area to monitor the Sonata from the air. The car pulled into an apartment complex on Creekwood Drive. Buford and his three passengers all bailed and ran. Officers caught up with all four. A fully loaded Glock .45-caliber pistol was found along Buford’s path. An AK-47 style pistol was recovered after it was discarded by a 16-year-old passenger.

ADVERTISEMENT
Buford is charged with unlawful gun possession by a convicted felon, evading arrest, marijuana possession and driving without a license. A judicial commissioner set his bond at $8,000. He has been released from jail.