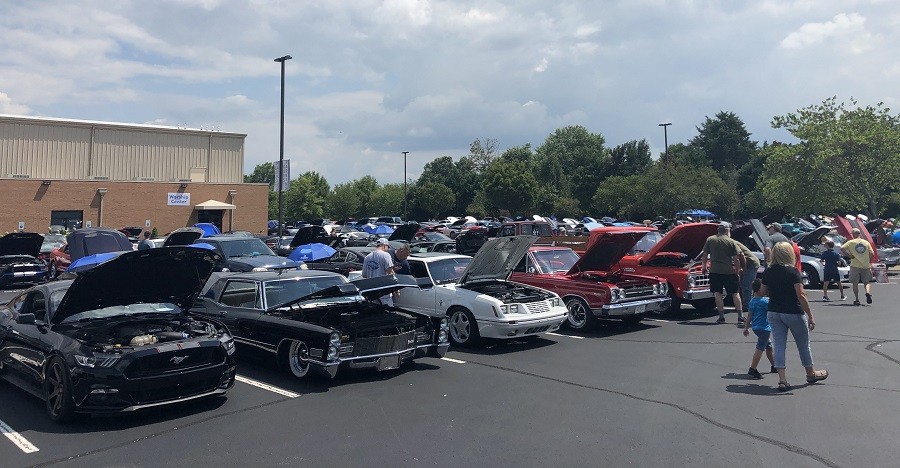 Murfreesboro, TN -- Special Kids Therapy & Nursing Center would like to express their appreciation and gratitude for the turnout and support shown by the local community at the benefit car show hosted by Bedford County Ford on Saturday, August 15.

Through more than a hundred attendees and classic vehicles that were registered, a donation over $2,500 was made to Special Kids by Bedford County Ford organizers. The event was hosted by Northside Baptist Church, which allowed vintage car collectors plenty of space for their rides.

ADVERTISEMENT
Special Kids Director of Development Stephanie Folkmann was on hand at the event, selling merchandise from past Special Kids events and collecting additional donations from supporters. “It’s humbling to see such a great turnout for both our organization and for Bedford County Ford,” Folkmann said. “This community constantly finds new ways to show their eagerness to support a great cause!”

With plans to make next year’s event “even bigger and better”, Event Organizer Danny Barnes says, “I have seen firsthand what the Special Kids team does, and I know they will put our donations to good use.”

Special Kids is a Christian therapy and nursing center for children with special needs. The Murfreesboro-based ministry started with one child in 1998 and has grown to serve over 4,500 children from 19 counties in middle Tennessee. For more information on Special Kids, please visit specialkidstn.com or call 615.893.4892.
Tags: Bedford County car show cars Murfreesboro Shelbyville Special Kids Tennessee TN
Sections: News