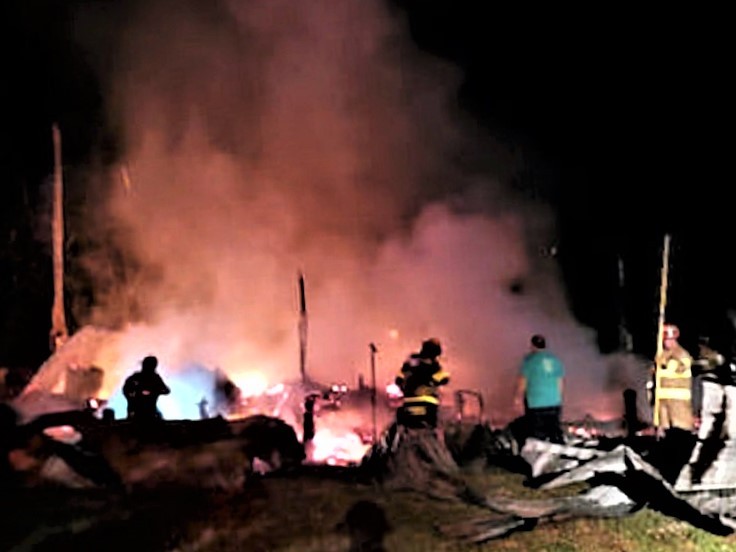 (BRADYVILLE, TN)  Rutherford County Fire Rescue was dispatched to a home on Bradyville Pike shortly before 9:00 o'clock Saturday (8/22/2020) night. The initial report identified the house being near the Rutherford and Cannon County line, however firefighters could not find a blaze in that area.

Dispatch was able to determine that the fire was actually in Cannon County, so Cannon County was called and Rutherford County and Kittrell units served as backup. The first unit on the scene reported that the structure was fully involved in flames.

The only part of the abandoned home left was the fireplace and chimney.