Assault and Shoplifting of OVER $1,600 in Perfume from Murfreesboro Store 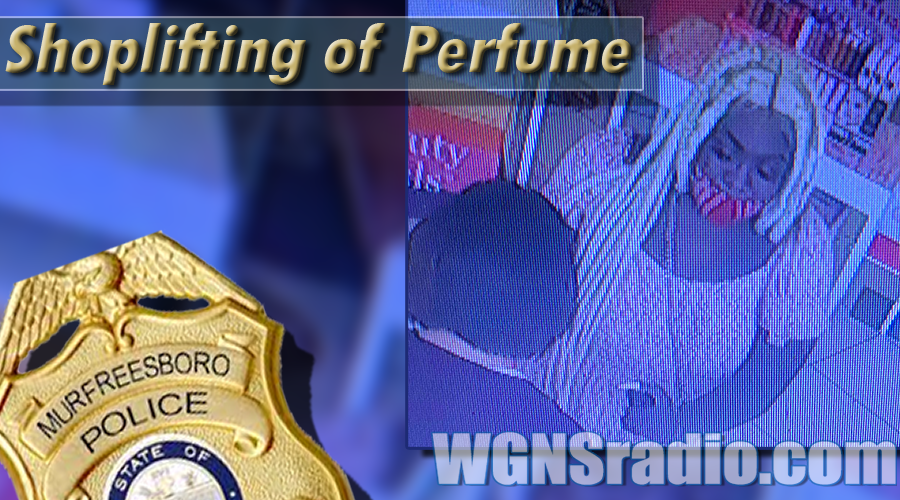 It happened at the ULTA Beauty Store in The Avenue on Medical Center Parkway in Murfreesboro… Now, Murfreesboro Detectives need your help identifying the woman accused of assaulting the store manager and stealing more than $1600 in designer perfume and cologne from the store.

The female (pictured) is accused of entering the store and filling a hand-basket with well over $1,000 in perfumes. When a store manager approached the female at the front doors of ULTA to confront her before leaving, the unknown female shoved the manager out of the way and ran out of the store with the merchandise in hand, according to MPD.

ADVERTISEMENT
Again, the unknown woman is accused of assaulting the manager of the ULTA store and then stealing over $1,600 in fragrances. The incident unfolded on September 2, 2020.

If you recognize the woman or know of someone selling large amounts of new perfumes or cologne, contact Det. Ed Gorham 629-201-5507 or 0300@murfreesborotn.gov.