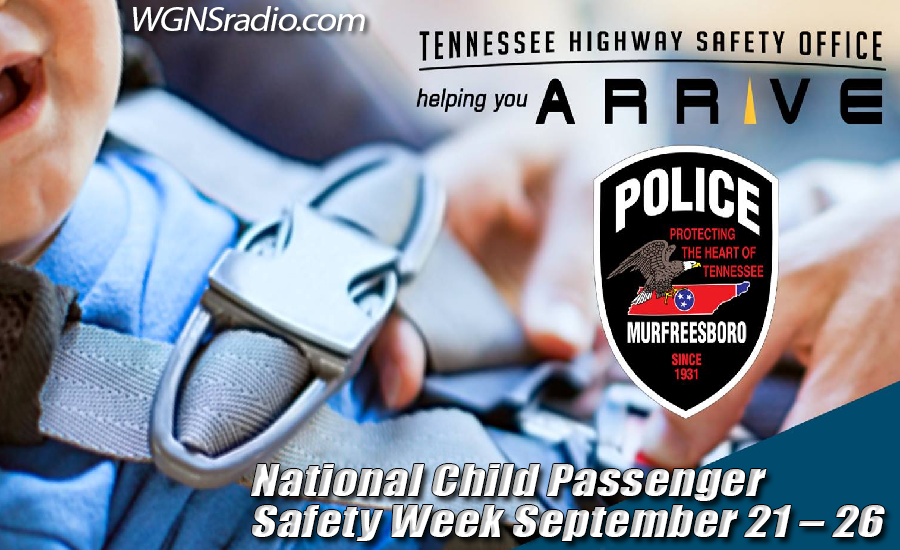 Motor vehicle crashes are a leading cause of death for children ages 1 to 13 in America. The Tennessee Highway Safety Office (THSO) strives to reduce serious injuries and fatal crashes by educating parents, caregivers, and members of the community about the proper use of car seats, boosters, and seat belts.

The Tennessee Highway Safety Office is promoting National Child Passenger Safety Week, which is this week (September 21 – 26), to help parents ensure their children ride as safely as possible.

In 1977, Tennessee became the first state to pass a child restraint law, all thanks to the concern of a Rutherford County resident.

He and his wife Pat, lobbied the Tennessee General Assembly for several years to pass this legislation. At the time, car seat use was less than 15 percent, and car crashes were the leading cause of death for young children.

The law went into effect in 1978, sparking legislative efforts in other states across the nation. Dr. Sanders became known as the pioneer of this groundbreaking movement.

By 1985, all 50 states adopted a mandatory child restraint law.

Everyday in America, millions of parents travel with children in their vehicles. While some children are buckled in properly and sitting in the correct car seat for their age and size – most are not, if they are buckled up at all.
Tags: child Murfreesboro Passenger police safety Safety Office Seat Tennessee Highway
Sections: News