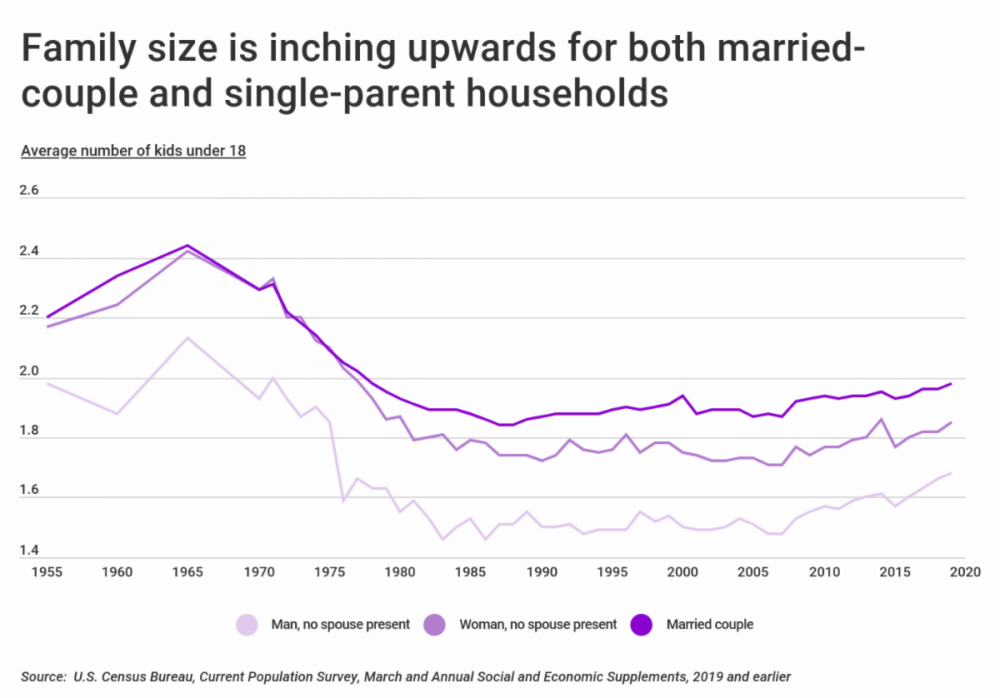 The number of children per household has been steadily increasing for decades. At the same time, the cost of raising children has also been on the rise. As these trends extend into the future, large families in high-cost-of-living areas will feel the growing burden of high child-rearing costs more than others. Researchers at RetailMeNot analyzed data from the U.S. Census Bureau to find which cities have the largest families.

As the average number of children per household continues to rise, the cost of raising children is higher than ever before. According to the U.S. Department of Agriculture, the cost of raising a child born in 2015 from birth to age 17 is over $230,000. Parents who help pay for college education face even larger costs. The most recent data from the U.S. Census Bureau shows that there is an average of 1.88 children in households with children under 18, meaning families could face total child-rearing costs upwards of $400,000.

Family size varies across the country due to both cultural reasons and differences in living costs. Researchers at RetailMeNot found that at the state level, Utah and Idaho families have the largest number of kids on average, at 2.31 and 2.11 kids per family, respectively. At the low end, Maine and Rhode Island families tend to have fewer kids with averages of 1.76 and 1.75 kids per family.

To find the states with the largest families, researchers at RetailMeNot looked at the latest data from the U.S. Census Bureau and the Bureau of Economic Analysis. The researchers ranked states according to the average number of kids per family. Researchers also calculated the proportion of families with kids headed by a single parent, median household income for dual-parent households, median household income for single-parent households, and the cost of living relative to the national average.

The analysis found that Tennessee families have an average of 1.84 kids.