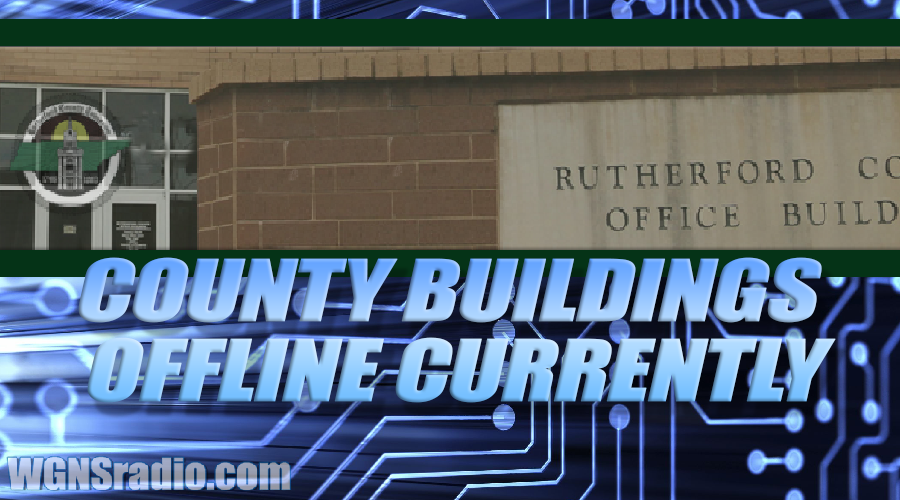 Several downtown Murfreesboro government buildings operated by Rutherford County were closed due to a cut fiber line. The line equaled down computers, phonelines and more. However,  all computers and phonelines are back online and working, as of Wednesday morning.  See below story for previous release and details.

Previous: The Rutherford County Property Assessor’s office is currently experiencing computer problems. Reports indicate that the problem deals with a fiber line that was accidently clipped at the old judicial building. The Assessor's Office is in the same building as the county clerk, which equals computer issues for those going to renew auto tags or going to purchase new tags.

ADVERTISEMENT
PHONES DOWN: Due to the clipped fiber line all computers, internet access and phonelines are down in the county clerk and assessor’s office.

JUDICIAL CENTER: The cut fiber is also equaling problems in the new Judicial Center located across the street from the county clerk's office at 116 W Lytle Street.

Both the county clerk (319 N Maple) and the Judicial Center (116 W Lytle Street) are closed for business for the remainder of the day today (Tuesday).

The fiber was cut during construction as the old judicial building is undergoing a remodeling project to make way for new county office space.