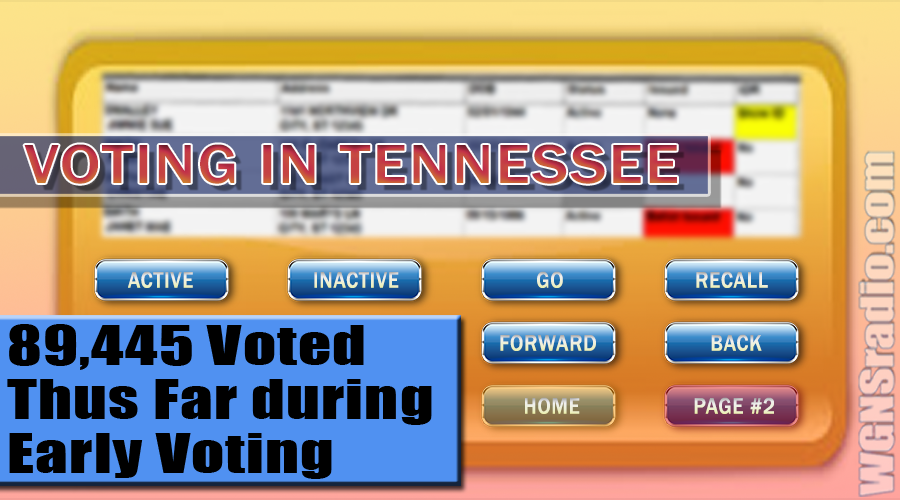 Early and Absentee voters have turned out in big numbers during early voting periods for Rutherford County.

According to Tre Hargett the Secretary of State, 89,445 votes have been counted between October 14, 2020 and October 24, 2020. Those numbers include both in person votes at the polls and absentee ballots.

ADVERTISEMENT
The day that saw the largest voting turnout in Rutherford County fell on Monday, October 19, 2020 with 10,111 votes cast by local residents at various polling stations.

Tennesseans planning to vote early for the Presidential election have until this Thursday, Oct. 29 to cast their ballots. Election Day is Tuesday, Nov. 3.