As of the close of polls on Oct. 26, the 11th day of early voting in Tennessee, a record-breaking 1,808,546 voters had cast their ballot for the Nov. 3 presidential election.

With three more days of early voting, turnout has already surpassed the previous record set during the 2016 presidential election when 1,689,989 Tennesseans voted early or absentee by-mail.

ADVERTISEMENT
"This election, Tennesseans are engaged and are taking advantage of the convenience of early voting," said Tennessee Secretary of State Tre Hargett. "In the final days of early voting as well as on Election Day, Tennesseans can cast their votes in a clean, safe, and secure environment."

The easiest way for voters to find their early voting and Election Day hours, polling locations and more is with the GoVoteTN app or online at GoVoteTN.com. The GoVoteTN app is free to download in the App Store or Google Play.

While visiting the polls, Tennesseans are encouraged to wear a face covering and maintain a six-foot distance from poll officials and other voters.

Tennesseans must bring valid photo identification to cast their ballot. More information about what types of ID are acceptable can be found on sos.tn.gov by calling toll free 1-877-850-4959
Tags: Early Voting Tre Hargett
Sections: News 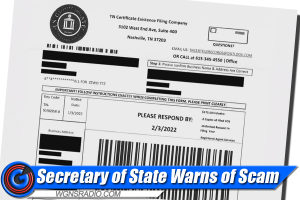 Secretary of State Warns of Scams that Target Businesses 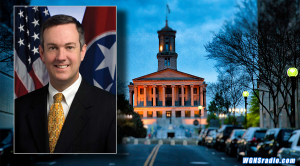 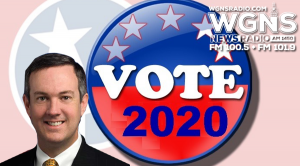 More Than a Million Tennesseans Have Voted Early 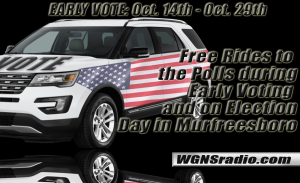 Ride to the Polls, Registering to Vote and Election Day in Rutherford County