Farley thanks all of the local citizens who worked the polls for both early voting and election day: 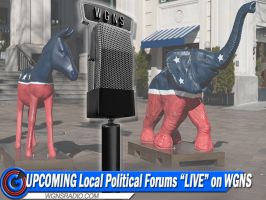