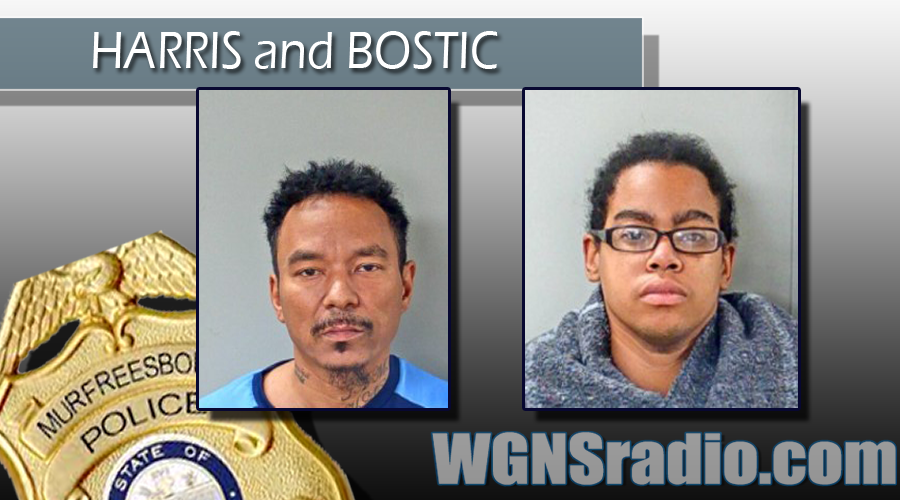 MURFREESBORO, Tenn. – A Nashville man and woman accused of robbing two businesses at gunpoint have been arrested.

John T. Harris, 43, and Samira Bostic, 25, were taken into custody without incident at the Safari Inn Monday night, Nov. 2.  Bostic and Harris face two counts of aggravated robbery.  Harris has an additional charge of possession of a handgun by a convicted felon.

ADVERTISEMENT
Harris and Bostic are suspects in the robbery of a clerk at the Boost Mobile store, 212-C Memorial Blvd., Friday, Oct. 30. The couple was in the store about an hour before the robbery pretending to be shopping for phones.  They left and claimed they would be back to make a purchase.  Instead, they returned and robbed the business at gunpoint.

The two are also suspects in the robbery of the Mapco, located at 1320 Memorial Blvd, on Oct. 25.  Harris pointed a gun at the clerk and demanded money.

Harris and Bostic both remain behind bars at the Rutherford County Adult Detention Center.  Bond was set for Harris at $28,000 bond.  A hearing is scheduled for him in Rutherford County General Sessions Court on Jan. 7. Bond for Bostic was set at $18,000. She will appear in court on Nov. 4.
Tags: arrested businesses gunpoint MPD Murfreesboro news police robbing
Sections: News