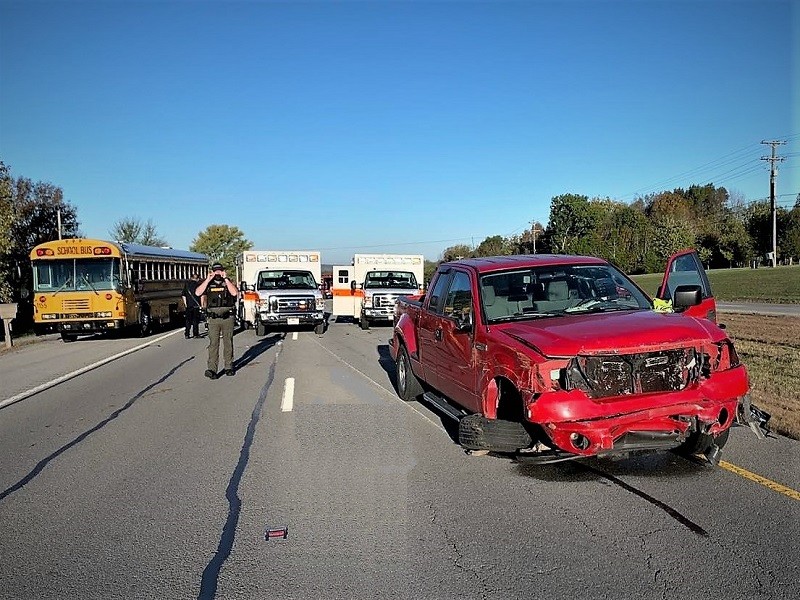 (READYVILE, TN)  Two people were taken to the hospital after a crash involving a school bus and three other vehicles occurred around 7:30 Wednesday morning (11/4/2020) on the east bound lane of the John Bragg Highway near Pilot Knob.

Three persons were taken to the ER at St. Thomas Rutherford Hospital: a 16-year old student from the school bus, along with the driver and passenger of a car that was involved in the accident.

The sheriff's report adds that the school bus driver was not injured and the pickup truck driver was "shaken up."

Sheriff’s Sgt. Derek Oeser said four students were on the bus when the crash occurred near Pilot Knob Road. 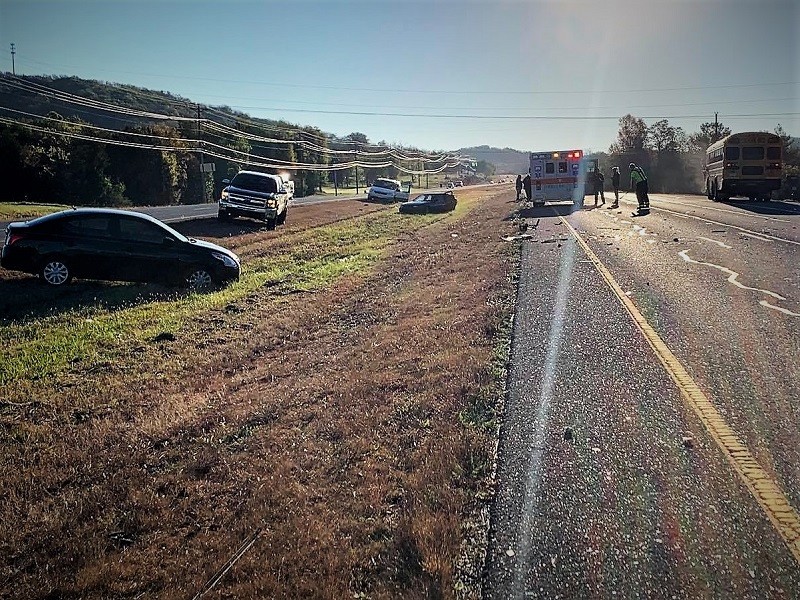