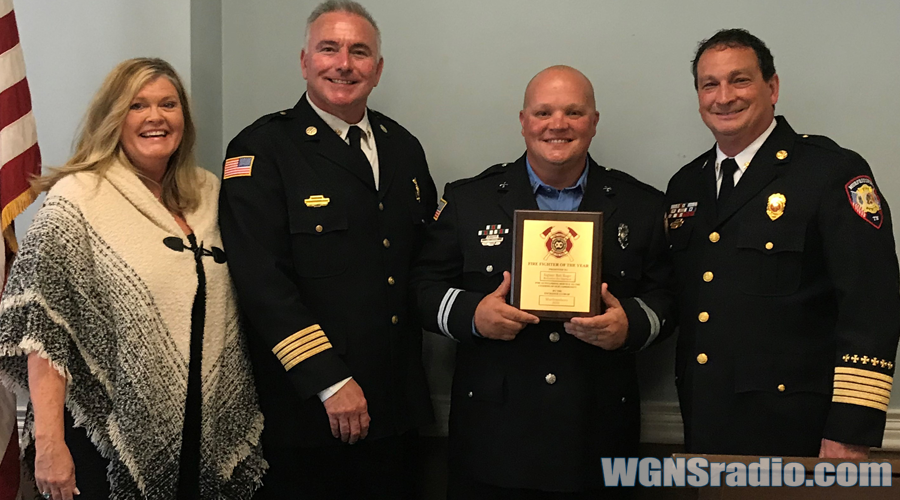 Matt Roeger Driver/Engineer and Advanced EMT who is assigned to Ladder 11 C-Shift, was awarded as City of Murfreesboro Fire / Rescue Employee of the Year by The Exchange Club of Murfreesboro on Wednesday November 4, 2020.

Matt has been employed with Murfreesboro Fire and Rescue Department for over eight years now.  His Nickname is “Rescue Roeger” ( pronounced Rager ).

ADVERTISEMENT
In early October, off duty Engineer Matt Roeger, was notified by a friend that EMS was on their way to assist his next-door neighbor. The patient was sitting outside of his home and stated that he had been mowing the lawn when he started experiencing chest pains. He then went into cardiac arrest. Engineer Roeger quickly began chest compressions before EMS and Engine 7 arrived. EMS was able to defibrillate the patient and secure a pulse. Engineer Roeger's swift reaction played a key role in the patient's survival.”

Learn more about The Exchange Club of Murfreesboro, chartered in 1951, visit www.NationalExchangeClub.org or follow them on Facebook.