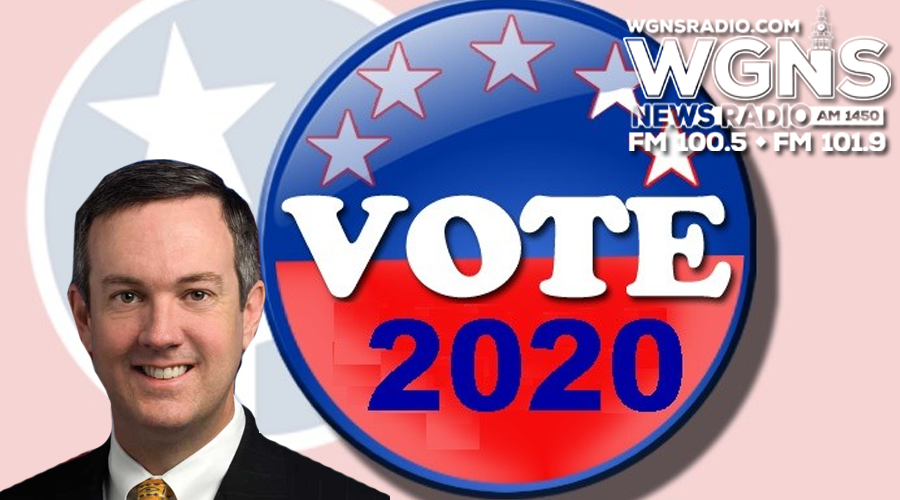 Secretary of State Tre Hargett
A record-breaking number of Tennesseans voted in the election either in-person during early voting, on Election Day or by absentee mail-in for the Nov. 3 presidential election.

Secretary of State Tre Hargett had nothing but positive words when it came to the Rutherford County Election office...

A record-breaking 3,045,401 Tennesseans voted. That is a voter turnout that handily beat the previous record set during the 2008 presidential election when 2,618,238 cast their ballots.

“For months, our office has worked with election commissions and health officials across the state to ensure that in-person voting was clean, safe and secure,” said Secretary Hargett. “Traditionally, Tennesseans prefer to vote in-person. We’ve said it for months, and yet again, voters showed their confidence in the safety precautions in place and their preference to cast a ballot in-person by showing up in record numbers at the polls.”

Counties must submit certified election results to the Division of Elections by Monday, Nov. 23.

Unofficial election results are available on our website at elections.tn.gov.

“We would not have seen the record numbers of voters have such a smooth voting experience during a pandemic without the months and countless hours of planning by Tennessee’s 95 election commissions, administrators, and staff,” said Coordinator of Elections Mark Goins. “Thanks to the roughly 17,000 poll officials who stepped up to serve their communities and carry out all the planning to provide Tennesseans with a safe and secure in-person voting experience.”