Nashville Police Ask: Do you Recognize these Subjects? 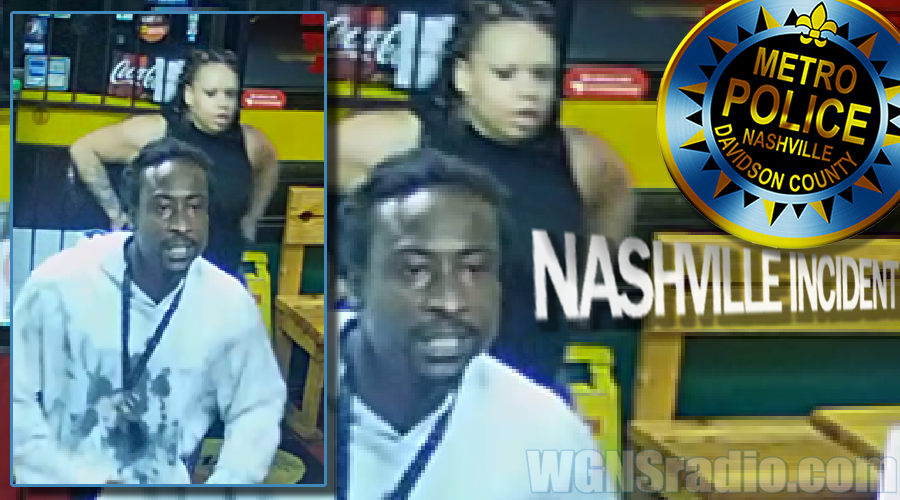 In nearby Nashville, North Precinct detectives are aiming to figure out the name of a subject who was caught on camera previous to firing multiple gunshots. The incident occured on October 23rd and multiple shots were fired toward a silver sedan in the parking lot of Roma’s Pizza in Nashville, (3101 Clarksville Pike), narrowly missing an innocent bystander.

The suspect had gotten out of the sedan and entered the restaurant when he saw the vehicle being driven away. He then ran from the restaurant and fired toward the car. The victim was sitting in her vehicle in close proximity to the shooter. One of the bullets struck her window. She was treated for cuts to her arm caused by the shattered glass. The circumstances involving the silver sedan and what occurred prior to the shots being fired are unclear.

The suspect is a black male with long dreads and a thin goatee. He is approximately six feet tall and approximately 180 pounds. He was with a woman.

Anyone who recognizes the gunman or the woman in the surveillance photo is asked to contact Crime Stoppers at 615-742-7463. Callers to Crime Stoppers can remain anonymous and qualify for a cash reward.