An odd situation allegedly unfolded at a Wendy’s restaurant in Murfreesboro.

A manager is accused of biting an employee at the restaurant on Memorial Boulevard. The incident was reported to police on November 23, 2020.

The 17-year old victim told police that the 53-year old manager bit her on the left shoulder when she walked into the store to report for her shift. The female told MPD Officers, “This action was for no reason and that these types of incidents happen often.”

The manager said that when the employee entered, she was in the way of the fryer. He said that he came up to her and growled and put his mouth on her shoulder, but he stated that it was only a joke.

A police report showed that the employee did not have any bite marks.

One witness told authorities that she saw the incident unfold and that things like this happen often. The 16-year old witness said that it is strange to her.

Manager Elbert Sanders was arrested and charged with simple assault. The man has since bonded out and will be in court on December 14th. 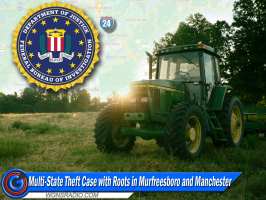