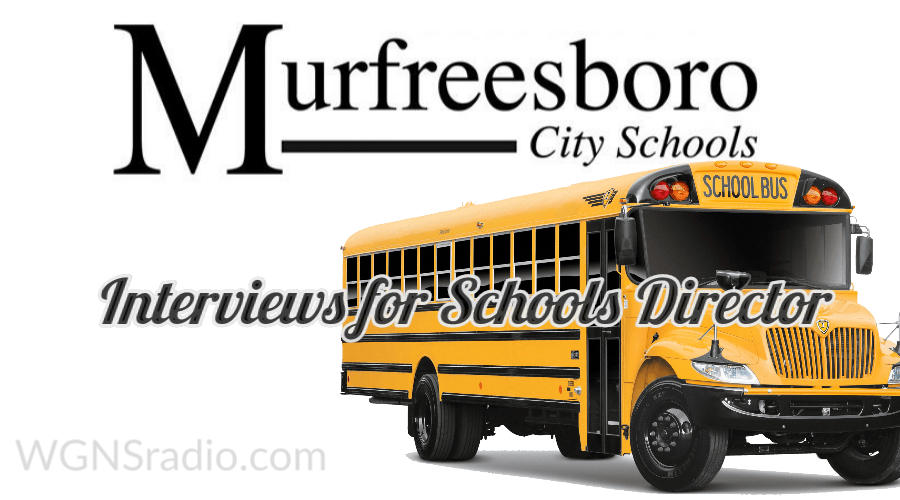 The final five candidates for Murfreesboro City Schools' next District Director are set to begin interviews next month.

Murfreesboro City School Board Chairman Butch Campbell says interviews would be held from January 11th to the 15th, with one candidate meeting per day. The Board started a search for a new director following the death of Linda Gilbert last May.