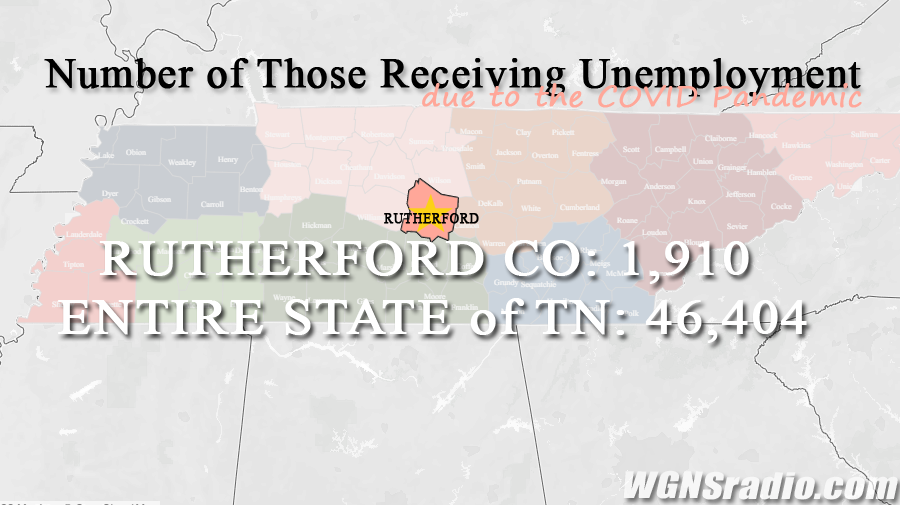 ADVERTISEMENT
Over the past four weeks, there were 25,730 new unemployment claims filed in the Volunteer State. The four weeks prior closed with 31,856 new jobless claims.

Today, reports indicate that 46,404 residents are receiving unemployment benefits due to the economic impact of the Pandemic. Over $24-million has been paid to residents who were unemployed since March 15th in Tennessee.