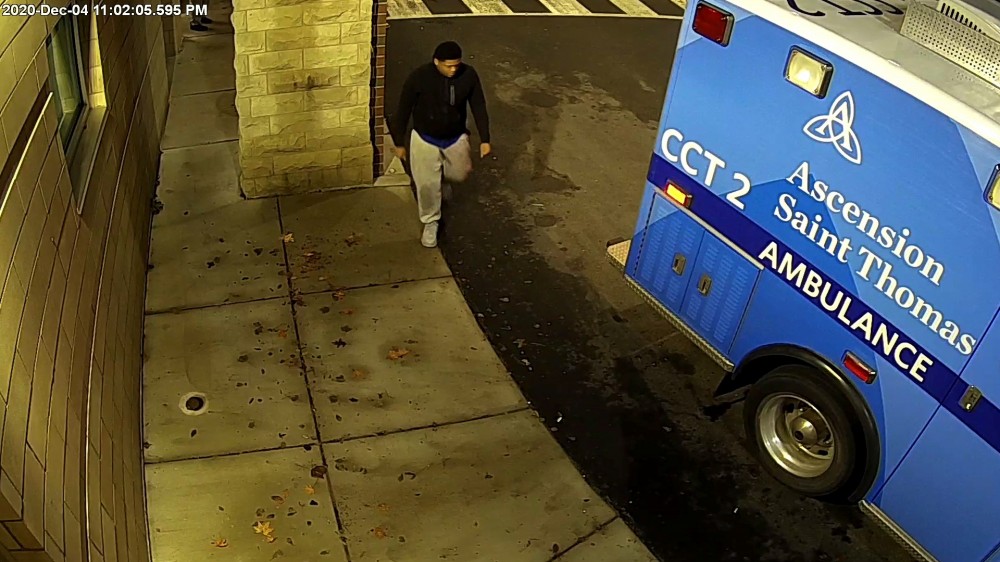 MURFREESBORO, Tenn. – Murfreesboro Police Department (MPD) detectives are seeking the identities of two individuals who drove a shooting victim to the hospital and dropped him off, following a shoot-out and murder of another man on Friday, Dec. 4.

Surveillance cameras at Ascension Saint Thomas Rutherford Hospital in Murfreesboro captured the unidentified males carrying a 19-year-old victim, who was shot multiple times, into the hospital. The two individuals left before the police arrived.

Detectives are hoping to speak to the pair, who are considered persons of interest, in the murder of 20-year-old Montavis Jones at the Campus Crossings Apartment on N. Rutherford Blvd. The two males could be in the Memphis area.

Anyone with any helpful information is asked to contact Detective Chris Pate’ at (629) 201-5616 or email 0900@murfreesborotn.gov.