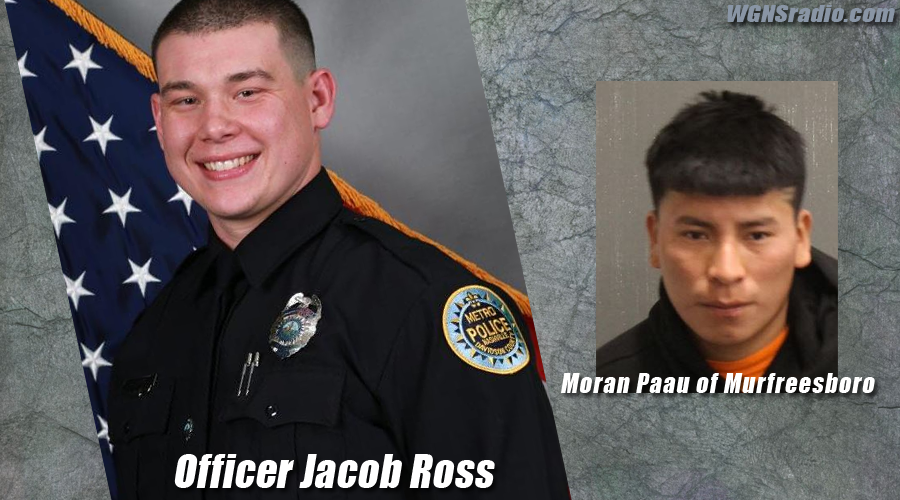 A Murfreesboro man was charged withdriving without a license and no proof of insurance after reportedly colliding with a Metro Nashville Police Car.

Hermitage Precinct Officer Jacob Ross is recovering from serious but non-life threatening injuries sustained in Tuesday’s 6 a.m. police vehicle-car collision at the intersection of 2nd Avenue South and the I-40 East ramp.

ADVERTISEMENT
The preliminary investigation shows that Officer Ross, who was responding to a non-injury vehicle crash on I-40 in his marked police car, was traveling eastbound on the ramp/frontage road to I-40 East from 4th Avenue South when he was struck in the passenger side by a 2007 Toyota Corolla, driven by Edgar Moran Paau, 21. The collision caused the police car to rotate, striking an NES pole on the driver’s side. At the time of the crash, Moran Paau was traveling northbound on 2nd Avenue South from Lafayette Street. Moran Paau reported that he was traveling through the intersection on a yellow light. Preliminary examination of the police car indicates that Officer Ross had activated his blue lights. The crash investigation, including examination of both vehicles, continues.

Moran Paau, of Murfreesboro, Tennessee, and his passenger were not injured. He is charged with driving without a license and no proof of insurance. Moran Paau is jailed in lieu of $3,000 bond.