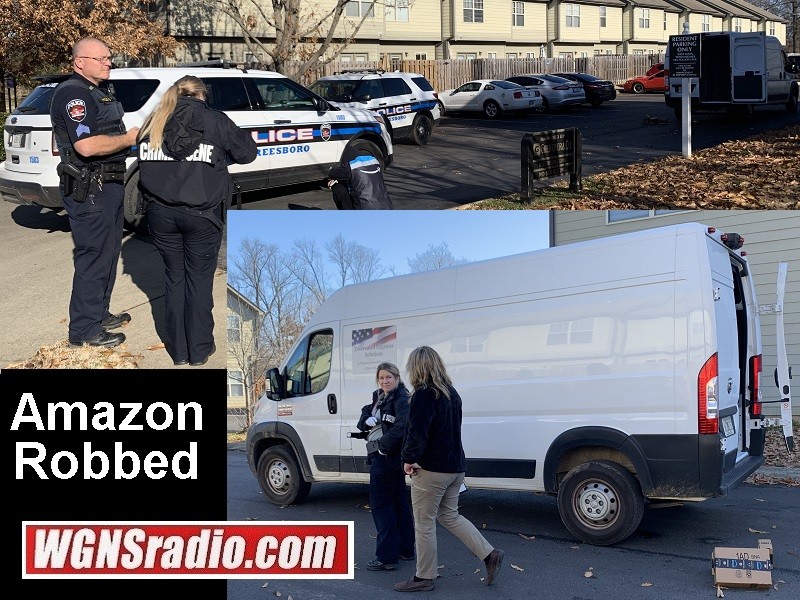 (MURFREESBORO)  A female Amazon driver is robbed by two armed men around 1:18PM Monday afternoon (12/21/2020). The culprits stole her van full of packages in broad daylight. The suspects are on the run.

The driver was delivering a package near Hawkins Avenue and Minor Street when she was approached by two men who pointed a gun and carjacked her.  The suspects were wearing all black with masks covering their faces.

The driver was not injured.

The van, subcontracted through Diversified Logistics Solutions, was found abandoned on Fourth Ave. a short time later. It is believed the suspects loaded 73 packages into a large-black SUV with tinted windows after ditching the van. The armed men left behind five packages.