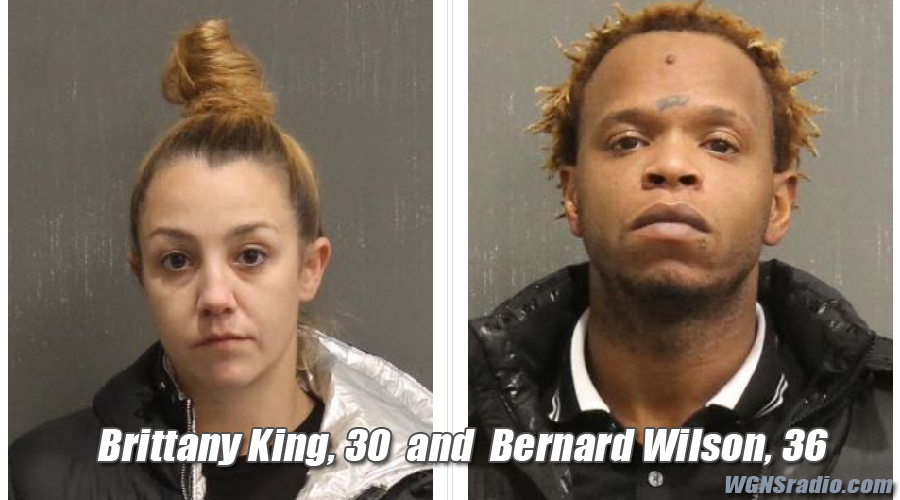 Bernard Wilson, 36, and his girlfriend, Brittany King, 30, both of Memphis, are jailed in lieu of $100,000 bond each on a charge of trafficking for a commercial sex act.

The Special Victims Unit received information from the TBI that the 15-year-old, who was reported as a runaway on October 12th, was pictured on a website known to advertise for prostitution and was believed to be in the Nashville area. An undercover detective posing as a “John” made contact through the telephone number provided in the ad and was directed to come to a motel room on Percy Priest Drive. The 15-year-old was there and agreed to engage in sex acts for $200. The undercover detective then identified himself, detained the teenager, and sent word to other undercover officers to detain Wilson and King, who were seen coming out of the motel room minutes earlier and who were waiting in King’s Mercedes vehicle in the parking lot.

The cell phone the undercover detective called to set up the meeting is owned by King, but was being carried by Wilson. He was also in sole possession of the key to the motel room, which was rented by King.

It has not yet been determined exactly when or where the 15-year-old met up with the couple.

“The circumstances of this case are horrible, but are indicative as to why this police department formed a Special Victims Division that can focus on the perpetrators of human trafficking and sex crimes, while helping victims get important medical and emotional support,” Chief John Drake said.