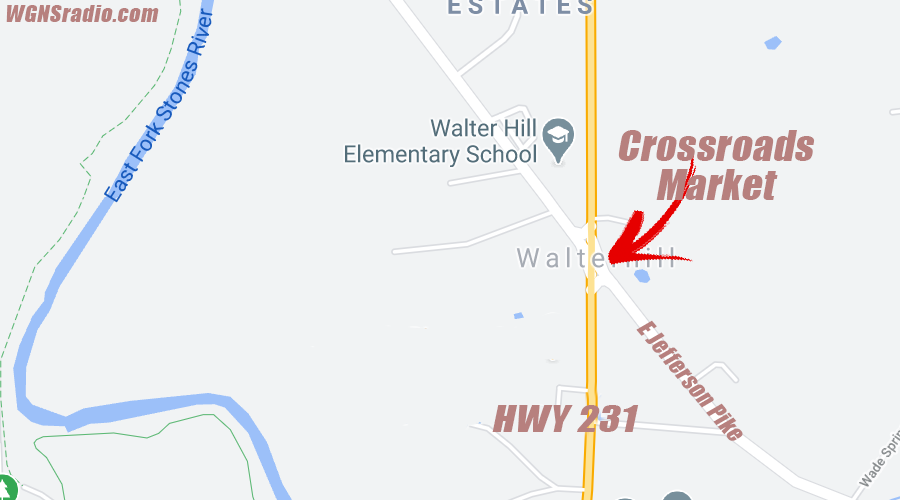 Because of those actions, driver James Turgeon, 33, of Holly Grove Road near Murfreesboro was charged with two counts of felony filing a false report and one count of tampering with evidence Sunday night by lead Sheriff’s Detective Joseph Duncan.

Detective Sgt. Steve Craig said patrol deputies responded to a call of the driver playing the audio loudly outside the Crossroads Market in Walter Hill.

“During the course of the investigation, it was revealed Turgeon made a similar announcement at Kings Chapel Independent Missionary Baptist Church at Jefferson Pike and Dunaway Chapel Road while church was in service,” Craig said.

Turgeon was being booked into Rutherford Count Adult Detention Center.

Federal and state authorities did not detect a device after checking a suspicious box truck traveling Sunday in Rutherford County, authorities said.

Sheriff’s dispatchers received a call about the white box truck playing audio similar to the Nashville explosion while parked Sunday morning at Crossroads Market in Walter Hill in Rutherford County.

Michael Knight, public information officer with the federal Bureau of Alcohol, Tobacco, Firearms and Explosives, said certified explosives specialists and resources from ATF’s National Center for Explosives Training and Research worked with the Tennessee Highway Patrol at the scene.

“It shows how everybody came together to the aid of each other,” Fitzhugh said.

Sheriff’s deputies in Rutherford and Wilson Counties are investigating a box truck parked at a convenience store playing audio similar to what was heard before the Christmas Day explosion in Nashville.

The driver traveled from Rutherford County into Wilson County where he was stopped by deputies and detained.

As a precaution, nearby residents were evacuated during the active investigation. In addition, highway 231-North was closed from the Cedars of Lebanon State Park to Richmond Shop Road while officers investigated the situation.


Rutherford County dispatchers received a call about 10:30 Sunday morning (12/27/2020) about the white box truck parked at Crossroads Market in Walter Hill. Deputies located the truck and made the traffic stop.

Rutherford and Wilson County Sheriff’s Office and the Tennessee Highway Patrol are working together in the ongoing investigation.