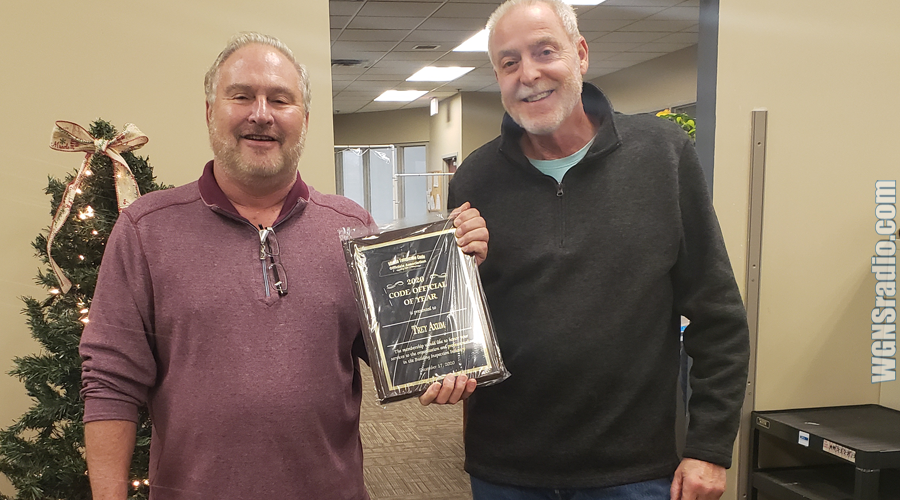 Robert Holtz, president of the Middle Tennessee Codes Officials Association (MTCOA), presented Axum with his plaque during a staff meeting in December.  Axum was not able to attend the MTCOA meeting to receive the award.

Axum has worked as a Codes Inspector for the City of Murfreesboro for nearly 30 years. Prior to working for Murfreesboro, he was a landscape architect in Nashville.

During his tenure, the city of Murfreesboro and Building & Codes has changed and adapted along with the community’s growth.  The Codes Department has moved locations, transitioned from paper to electronic processing, updated software technology and adopted new codes along with countless other changed and innovations during Axum’s career.

“Not only has Trey adapted to changes, he has also adapted with staffing.  No matter who comes and goes, Trey has always been ready to help new employees and inspectors.” said Kevin Jones, assistant director of Building and Codes. “He has been a dedicated employee who is always willing to pitch-in and will leave a large voice for other inspectors to fill when he decides to retire.

After retirement, sometime soon, Axum plans to continue in a building capacity by volunteering with Habitat for Humanity.