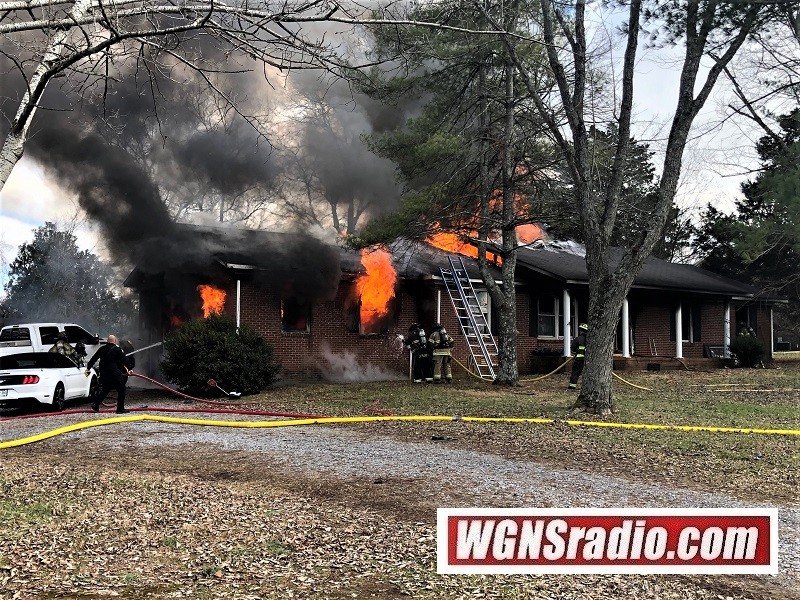 (MURFREESBORO) Around 12:30 Saturday afternoon (1/2/2021) a 911 call was received about a home fire on Asbury Lane. First units on the scene reported heavy smoke and flames already coming through the front door. 54-year old Lloyd Chisholm was killed and three others were taken to the ER at St. Thomas Rutherford Hospital.

Rutherford County Fire Rescue Captain Matthew Lupo said, "The structure was already from a quarter to 50 percent involved when we arrived. Most of the fire seemed to be on the back side of the structure.”

When firefighters arrived, they were told that a man still inside the home, was possibly in a front bedroom. They made entry, but could not locate the man. Another firefighter attempted, but still Chisholm could not be found.

Chief Farley told WGNS that he was later discovered deceased near the back of the home. His wife escaped the blaze but received smoke inhalation and burns. Rutherford County Emergency Medical Services took her to St. Thomas Rutherford Hospital.

Lupo and an Almaville firefighter received minor burns during the search efforts and were also treated and released fromthe ER.