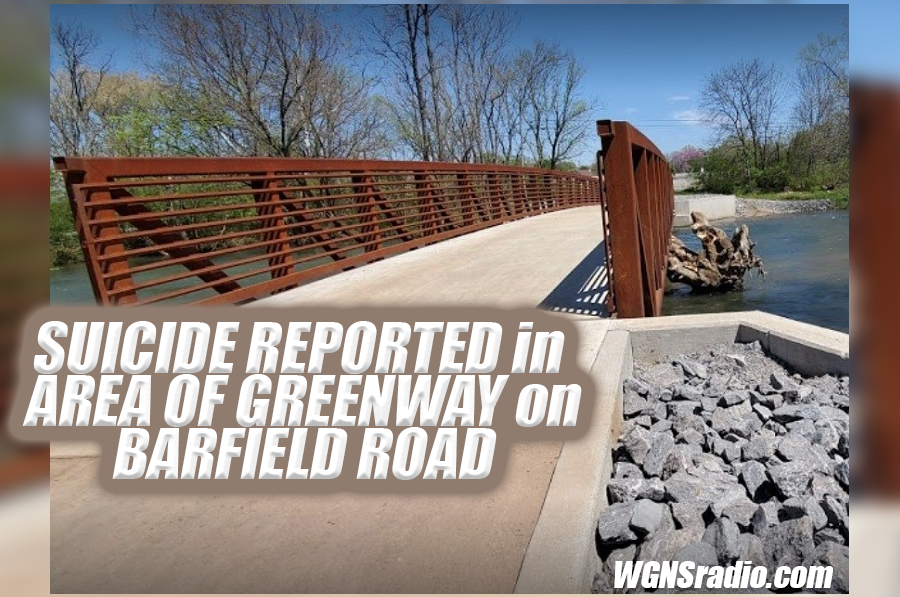 A vigil neighborhood group told WGNS that the coroner's office had been there.

ADVERTISEMENT
The residents in the area were concerned for the safety of those living in the neighborhood.

Murfreesboro Police PIO Larry Flowers told WGNS, "This was a suicide involving a person who had been reported missing."

The neighborhood watch group indicated that a silver SUV was seen in the greenway's parking lot late Friday night, but nothing was thought about it. When neighbors saw the same vehicle parked there Saturday morning--they felt something strange was happening, especially since the temperatures were below freezing.

That curiosity turned to fear when the parking lot was filled with police cars and a black coroner's van.

WGNS does not usually report suicides, but with area residents becoming so concerned--we felt it wise to share the information from the Murfreesboro Police.

By the way, this i he section of Barfield Road that twists alongside the Stones River and connects Veterans Parkway with the New Salem Highway beside World Outreach Church.

This new section of Greenway was recently opened and has a large parking lot for patrons. That is where the SUV was seen.
Tags: Barfield Road greenway Murfreesboro Parks police suicide
Sections: News