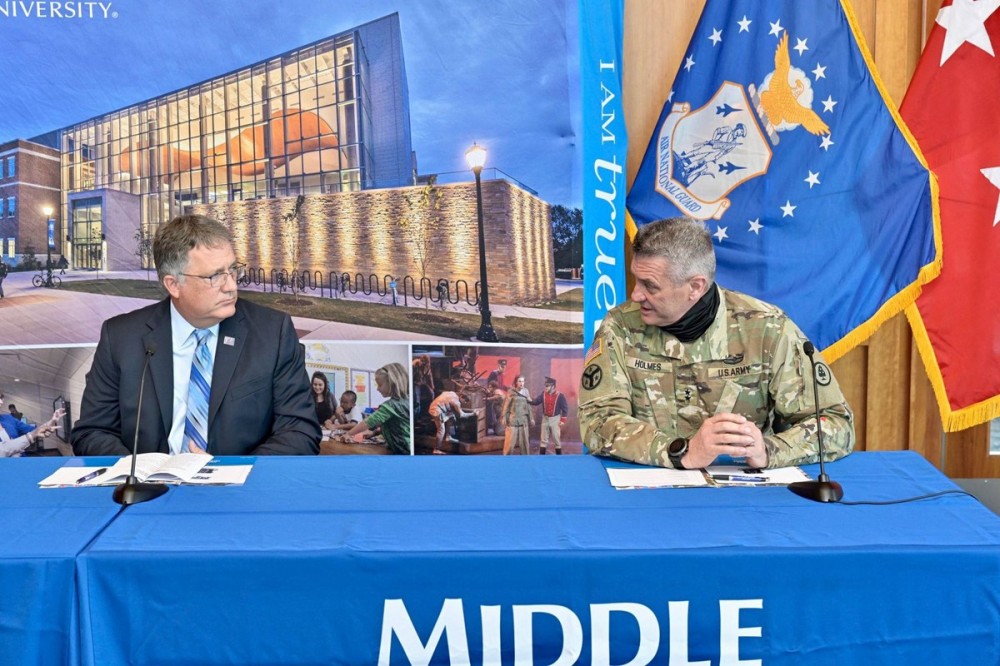 Holmes, a Lascassas, Tennessee, resident, will be honored March 10 during this year’s virtual event to celebrate the work of volunteers, as the Red Cross’s local chapter switches from its normal in-person Heroes Breakfast due to the ongoing coronavirus pandemic.

ADVERTISEMENT
Heart of Tennessee Chapter Executive Director Tara Stone said the online event, announced Jan. 4, will also highlight the work of local business and community leaders who support the Red Cross services and programs that provide humanitarian and emergency aid to the community when disaster strikes.

Following an intended pre-architecture path as an undergraduate student, Holmes attended MTSU in fall 1979 and has remained a strong friend of the university along with his wife, alumna Rhonda Holmes (Classes of 1984 and 2002).

Holmes, whose U.S. Army rank is major general, also has been the guest speaker for an MTSU ROTC commissioning ceremony. The Holmeses are Blue Raider Athletic Association members, they donate to the university and attended the 2011 Centennial Gala. Rhonda Holmes has participated in past Office of Alumni Relations’ Alumni Chapter events.

The Holmeses have a personal bond with the Red Cross, dating back to 1980s. As a National Guard tank platoon leader, then-Lt. Holmes was deployed in the Mississippi woods when he received an urgent message from the American Red Cross. He learned his wife was in labor with their second child, Leah.

“Rhonda has a standing habit of having kids one month early,” he said, laughing. The Red Cross arranged for him to fly home to Tennessee in time for the birth. “It was really a great memory. It would not have occurred without the Red Cross.”

As Tennessee’s National Guard commander, Holmes and his soldiers still depend on the Red Cross in their careers. He said he has “a great respect for the Red Cross” because they are dependable and comforting.