Unemployment Claims in TN and Rutherford County are Again Rising 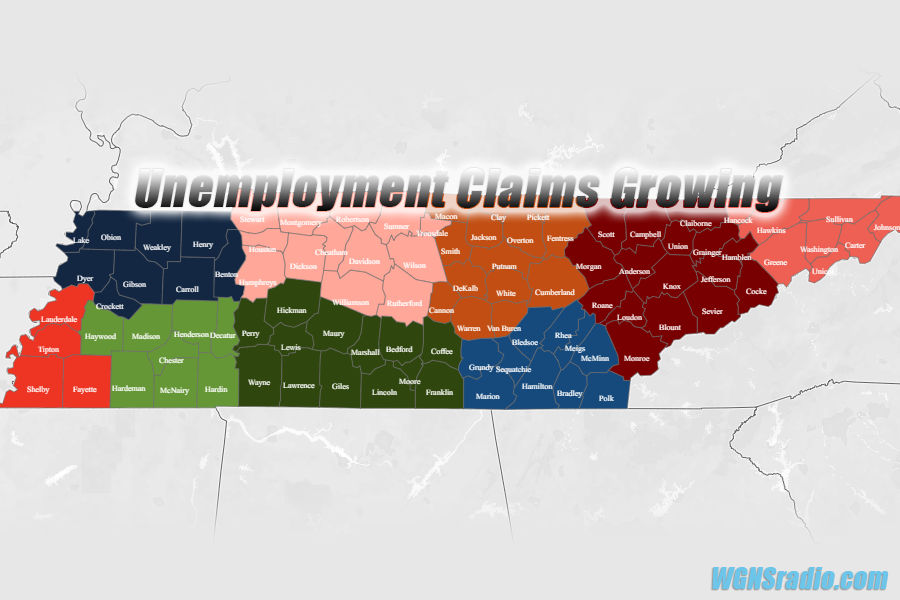 The numbers of those seeking unemployment due to joblessness during the COVID-19 Pandemic is growing once again at a record pace. In Tennessee, the number of those filing for unemployment has tripled since December 19, 2020.

Currently, there are 58,945 continued jobless claims in the Volunteer State. The positive side of the continued claims is that 58,945 is considerably less than the 324,000 claims being paid in just one week, which occurred on April 25th. Of course, that was near the start of the pandemic when jobless numbers were at an all time high.

In Rutherford County the jobless claims are again rising as well. Looking back to December, those numbers were on the downturn. Now, they are again on the up-tick. Currently, there are 2,227 residents receiving unemployment benefits after job loss that is believed to be tied to the economic downturn caused by COVID-19.