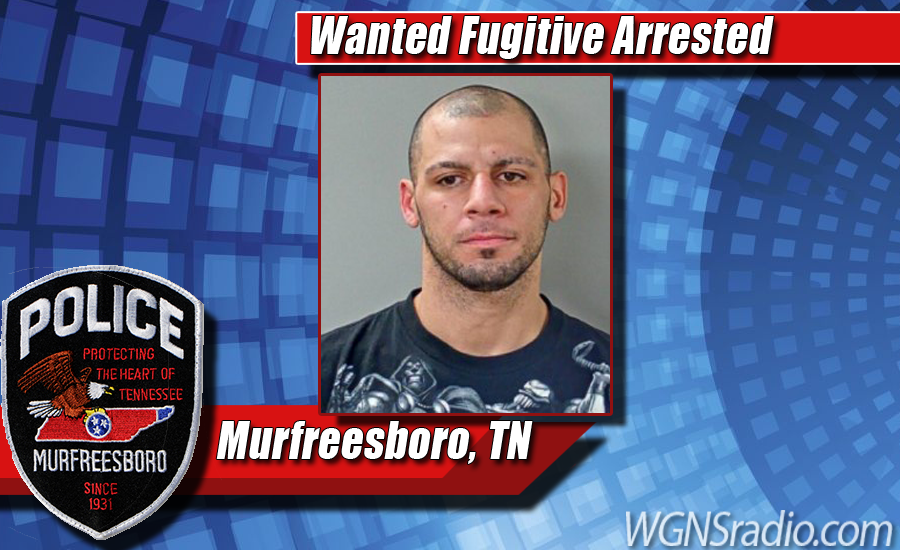 MURFREESBORO, Tenn. – Members of the Murfreesboro Police Department (MPD) Directed Patrol Unit arrest a wanted fugitive – the same man accused of shooting in the direction of an officer during a standoff at a local motel last year.

Ashly DeJesus, 29, of Murfreesboro, was taken into custody at a home on Christy Court while attempting to jump out of a bathroom window on Saturday, Jan. 16.

ADVERTISEMENT
DeJesus now faces an additional charge of simple drug possession after drugs were found inside the home.

“I want to commend each officer involved with this apprehension for their dedication and diligence to making Murfreesboro a safer city,” said Murfreesboro Police Sergeant Ricky Haley.  “Because of the officers’ actions, a violent criminal, who fired shots at one of our officers, has been taken into custody and is no longer a threat to police or the public.”

After a stand-off with MPD officers at the Knights Inn on S. Church Street in September 2020, the ATF charged DeJesus federally.  Before barricading himself inside a motel room, DeJesus fired a shot towards an officer as he arrived on the scene.  DeJesus was reportedly suicidal at the time.

DeJesus was out on bond but failed to show up for court and was on the run until his arrest.

Along with the ATF felony warrants, DeJesus was wanted out of Rutherford County for violating probation and simple drug possession.  The warrants were served Saturday when he was booked into jail.

DeJesus remains at the Rutherford County Adult Detention Center on a $2,000 bond.  He has a hearing on Jan. 20 in Rutherford County General Sessions Court and another one on Jan. 25 in Circuit Court.
Tags: Ashly DeJesus court courts Murfreesboro police suspect Wanted fugitive
Sections: News