MTSU to Host the Jan. 27th Grand Opening of the Chris Young Café 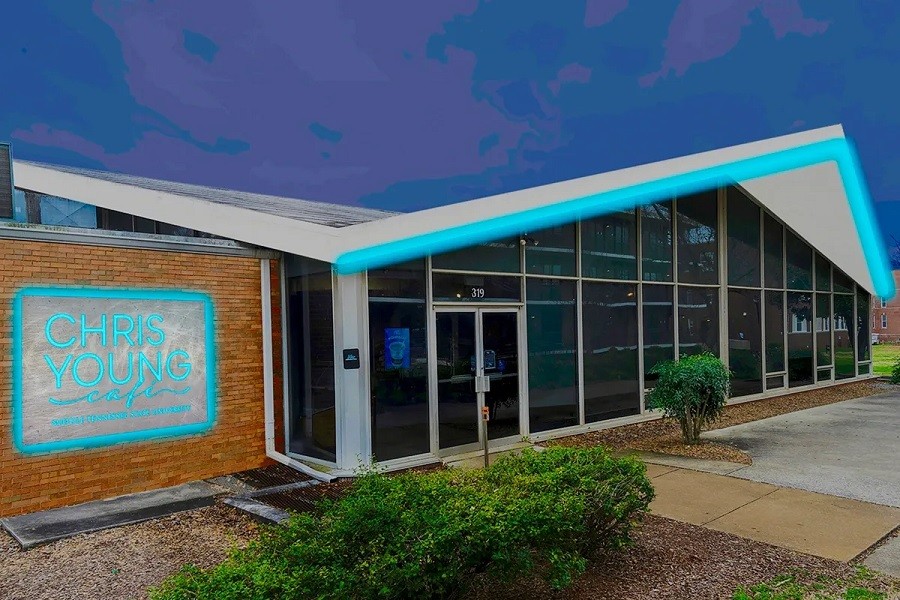 MTSU alumnus and multi-platinum entertainer Chris Young will be on hand in his hometown for the unveiling of his Tennessee Music Pathways marker, a custom Chris Young “Famous Friends” mural honoring influential MTSU graduates and faculty, and the grand opening and ribbon-cutting for the MTSU live entertainment venue that bears his name. Young will perform the first song in the newly renovated space, which was made possible in part by a $50,000 donation to his alma mater.

The Chris Young Café will be a teaching and practice place for student performers and technicians during the day and a performance venue at night for music, radio broadcasts, comedy and other entertainment. It features a performance stage, LED video display wall and state-of-the-art audiovisual technology.

ADVERTISEMENT
Young, who attended MTSU in 2005, has an impressive list of accomplishments, including membership in the Grand Ole Opry, nearly 4 billion on-demand streams, 13 million singles sold, 21 R.I.A.A. Gold, Platinum, and Multi-Platinum certifications,  and 11 career No. 1 singles. He has two Grammy nominations as well as multiple award nominations from the Country Music Association and Academy of Country Music and recently was named by Billboard as a Top 20 country artist of the decade after taking home a CMT Music Awards trophy last year. His newest single, “Famous Friends,” is Top 35 and rising at country radio.