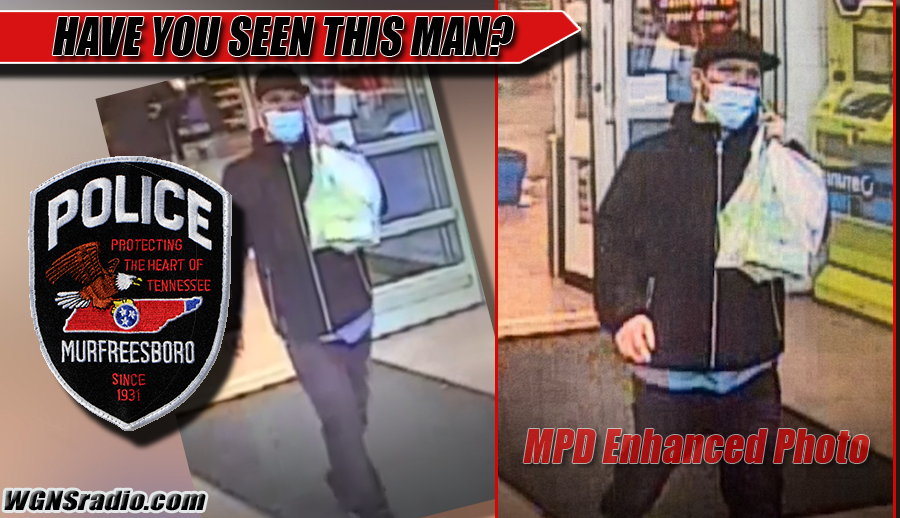 Another stolen wallet case is under investigation, according to Murfreesboro Police.

After the unknown man stole the wallet, he reportedly helped himself to credit card that that was not his. That credit card was successfully used at the Walmart store on Joe B. Jackson Parkway at South Church Street in Murfreesboro. Evidently, the theft happened on January 15, 2021, which was the same day that the fraudulent credit card purchase was made.

Detectives need help identifying the man accused of stealing the wallet last month and using the victim’s credit/debit card.  If you can help identify this person, please contact MPD Detective Jessica Rice at 629-201-5550 or email 0933@murfreesborotn.gov.