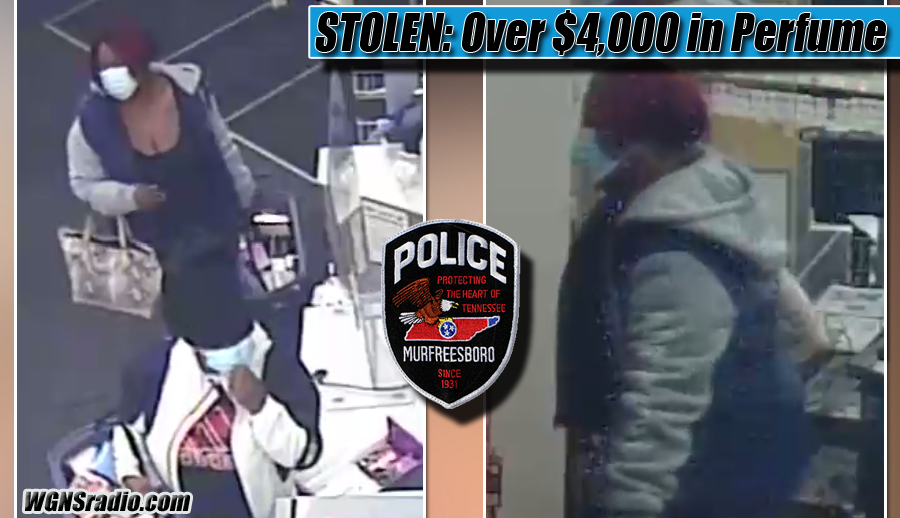 MPD: Have you seen her?

Murfreesboro Detectives say that two women are believed to be responsible for over $4,000 in a single shoplifting case.

The females apparently teamed up to steal thousands of dollars’ worth of perfume and cologne from the Walgreens store at the intersection of S. Church Street and Veterans Parkway.

Once in the store, the suspects asked the clerk to open the fragrance case, stating they were getting late Christmas gifts. The two suspects began placing cologne and perfume bottles into two baskets as the store employee watched, not knowing what their end plan was.

At checkout, the individuals requested cigarettes. When the cashier turned to retrieve the smokes, the duo left Walgreens without paying a penny for anything.