One Dead and Two Injured in Murfreesboro Shooting 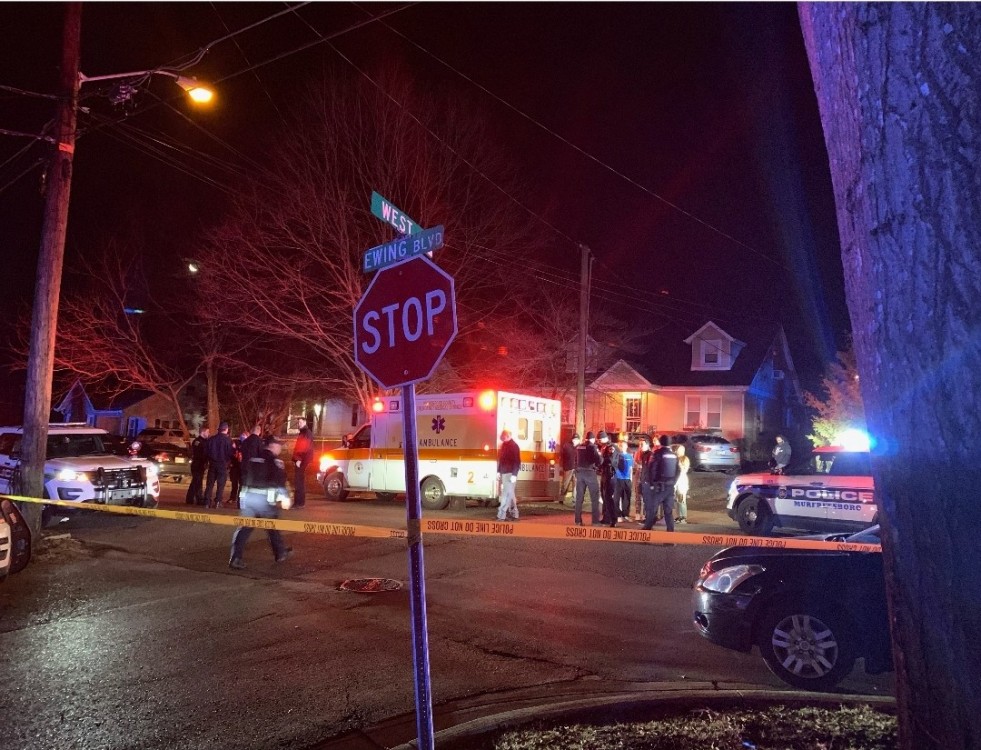 The Murfreesboro Police Department is investigating a shooting that left one person dead and two others injured at a party with at least two dozen guests.

The shooting happened at a duplex on Ewing Blvd. near West Street shortly after 3 a.m. Saturday, Feb. 6.

One victim was pronounced dead at the scene and two others showed up at the hospital by private vehicle with injuries. Their conditions are not currently known.

No suspect information is immediately available.

The investigation is on-going by the MPD Criminal Investigations Division detectives.