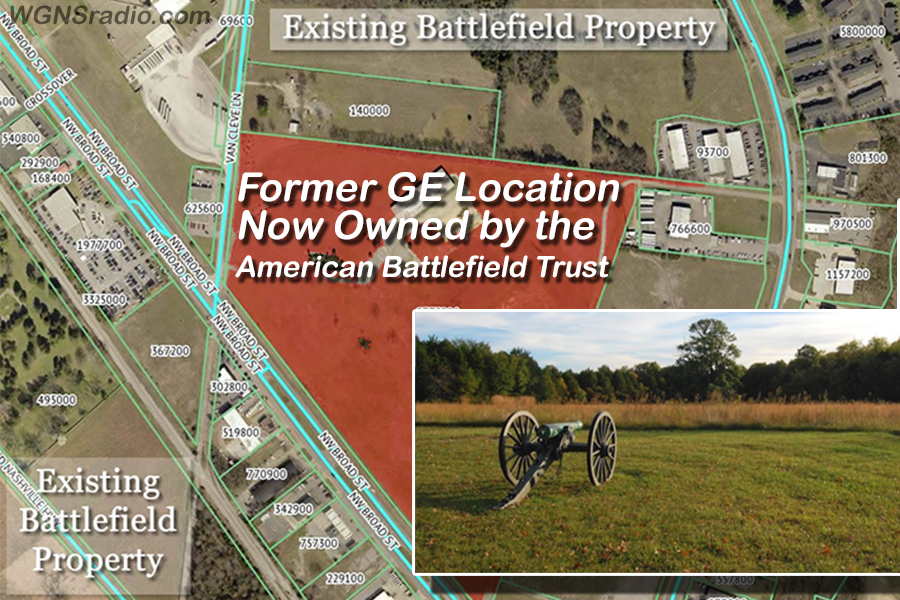 UPDATE: Property that was once home to General Electric on NW Broad Street at Van Cleve Lane, could soon be incorporated into the Stones River Battlefield. Through a real-estate transaction, the American Battlefield Trust closed on the 42-acre site a couple of months ago.

ADVERTISEMENT
That was Gib Backlund who retired from the National Parks Service, most recently working at the Stones River Battlefield. He told WGNS that the real-estate transaction was a lengthy process.

You may recall O'Reilly's Auto Parts bought the land about three years ago with hopes of building a distribution center on the property. After O'Reilly's learned about the historic significance of the property, the company agreed to sell the land for a little over $4-million, which is close to what they paid for the 42-acres.

A group known as "Friends of the Stones River Battlefield" worked with the American Battlefield Trust to ensure the land was properly aquired. Now that the trust has the land, the next goal will be to...