Saturday "Road Rage" Shooting On I-24 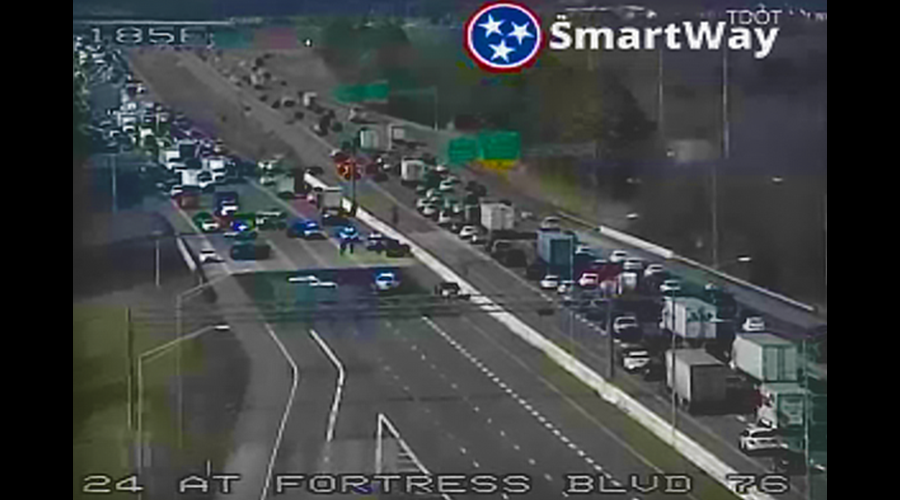 TDOT traffic camera on I-24

(MURFREESBORO, TN)  One person suffered injuries during what is being investigated as a road rage situation on I-24 near I-840 in Murfreesboro. Reports indicate one subject fired upon another as the temper of the shooter evidently flared.

ADVERTISEMENT
The shooting occurred at 12:52 PM Saturday (3/6/2021) afternoon. It happened at mile marker 75.5, according to the Rutherford County Sheriff's Office.

A Murfreesboro man says that he saw it all unfold. He was on I-24 when he saw the weapon being aimed and then bullet casings flying. Within seconds, the shooter fled the scene and exited the interstate at a high rate of speed. The witness was in pursuit and talking with police over his cell phone, but lost the track of the shooter when the subject turned into a neighborhood. Fortunately, the witness was able to record the license plate number on the suspect vehicle before getting away. The license plate number and a description of the vehicle was passed along to officers.

The interstate was shut-down for a couple of hours while the Tennessee Highway Patrol along with deputies and detectives took statements from witnesses. The section of interstate was re-opened around 3:30PM.

The LifeFlight helicopter left from the Murfreesboro Airport and landed on I-24 to transport one female shooting victim to a hospital in Nashville, TN.

At this time, detectives have not released additional information about this case. WGNS News will keep you informed.