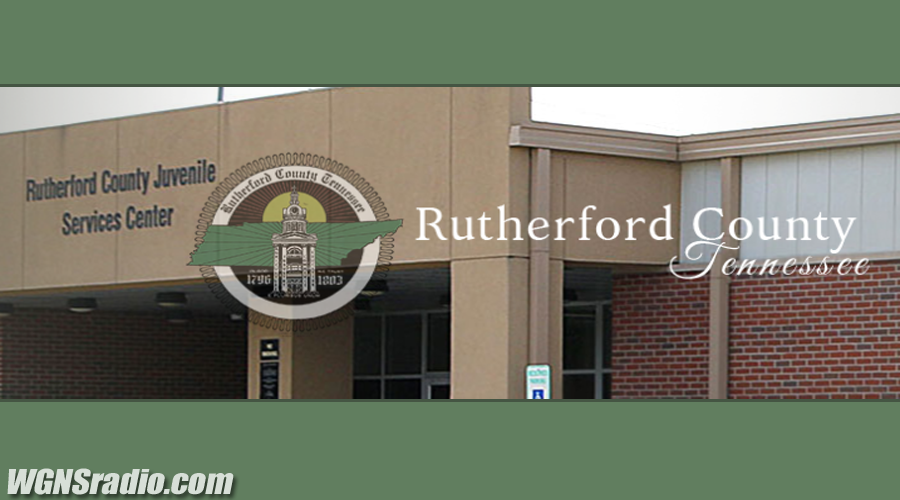 A new, cutting-edge court program in Tennessee is changing the way the judiciary interacts with at-risk children and their families. This new program is right here in Rutherford County.

Unlike other programs which connect with juveniles only after they have become involved in the child welfare or justice systems, the Family Preservation Initiative seeks to identify and aid youths and their families during the pre-petition stage or just after an initial petition is filed. With successful intervention at this stage, the Family Preservation Initiative can prevent traumatic family separations and provide crucial support and services when people need them the most.

The Initiative is a pilot project supervised by the Rutherford County Juvenile Court and funded by the National Center for State Courts. In December, Magistrate Stacy Lynch was sworn in to preside over the court. Sheila Barrera is the Family Preservation Initiative Coordinator.

They will both serve under Rutherford County Juvenile Court Judge Donna Scott Davenport, a longtime champion for youth, children, and families in the community. Judge Davenport’s proven track record of leadership over the course of two decades on the bench is a big reason that Rutherford County was chosen as the site of this innovative program.

Magistrate Lynch is enthusiastic about the Family Preservation Initiative’s groundbreaking mission and its unique ability to make a positive impact in people’s lives. She is hopeful that its emphasis on prevention will mark a sea change in the way that courts confront a range of issues commonly seen in juvenile or family court proceedings.

“We can’t keep doing the same thing over and over again,” she said. “History and data shows that once a child or family gets involved in the court system, they can’t get out of it. If we can catch them pre-petition, before court actions are filed against them and start addressing their needs, I think the possibilities are endless.”

To Magistrate Lynch, the most exciting possibility is putting an end to cycles of system involvement that often affect multiple generations.

“We have to look at these issues that our families are facing in a different way so we can stop the cycle,” she said. “These youth grow up, they have families, and then it just happens over and over again. That’s why I’m so excited about it.”

Once it is fully operational, members of the Family Preservation Initiative team will take referrals from a number of different agencies and organizations, including schools, local police departments, the Department of Children’s Services, community mental health agencies, juvenile court, and more. The idea is to catch problems before they plunge a child or a family into crisis.

Initiative Coordinator Barrera said that she had heard from the Department of Children’s Services “so many times they feel like a family needs wraparound services, but there’s not enough for them to file a petition, and they feel like these families fall through the cracks until something horrible happens. We don’t want something horrible to happen before we can come in and help families. We want to be there and prevent that.”

There are numerous different scenarios that could trigger a referral. The court will not only assist families struggling with things like substance use disorders, but also those facing eviction or dealing with other problems, such as a child who is chronically truant or who has run away. Basically, any event or issue that could precipitate system involvement or family separation could constitute grounds for a referral, with a few exceptions such as major delinquent offenses or instances of severe abuse.

Judge Davenport cited one example from her courtroom of a juvenile who could benefit from the Initiative. This teenager had recently lost a close family member and was engaging in risky behavior. If the teen does not change their behavior, they will be in danger of entering the system and being separated from the family member they currently live with.

“This teenager would be perfect for this program,” Judge Davenport said. “I’m really excited about that, to reach out to a whole other arena of children before they come in and petitions are taken out. That’s the type of child I want to focus on.”

Family Preservation Court participants, such as parents or guardians of minors dealing with substance use disorders, for example, would be given personalized treatment plans and connected with wraparound services, much as they would be in other programs like Safe Baby Court or Family Treatment Court.

Frequent judicial oversight guarantees that participants adhere to the requirements of their treatment plans. Once the Family Preservation Court team is satisfied that enough progress has been made to ensure the health and stability of the family unit, Magistrate Lynch can dismiss the petition, leaving parents with their superior custody rights intact.

The types of wraparound services available to families who participate vary depending on the reason for their participation. Take again the hypothetical example of a parent who has lost their job due to the pandemic and whose family is now facing eviction. If they are referred to the Family Preservation Initiative, Barrera could work with them to help them find a lawyer, to help them find job placement, or to help them locate suitable housing. These steps could go a long way toward ensuring that the family averts a crisis situation and is able to avoid child welfare system or juvenile court system involvement.

For handling substance use disorders, a very common cause for system involvement, the Family Preservation Initiative has partnered with Prevention Coalition for Success. This Rutherford County-based organization also works with the county’s Safe Baby Court, which was started by Judge Davenport and also does a lot of prevention work. The partnership is based on the understanding that a therapeutic, evidence-based approach toward those with substance use disorders is more effective than a punitive one.

“We use the latest prevention science,” Coalition Director Sarah Murfree said. “What we’re doing with wraparound services and identifying these families early is enhancing their protective factors and reducing their risk factors, which is what has been proven to work time and time again for prevention and for substance use disorders down the road.”

The work of the Family Preservation Initiative is predicated on an understanding of the lingering negative effects that trauma and other adverse childhood experiences can have on a person. According to the Centers for Disease Control, adverse childhood experiences “have a tremendous impact on future violence victimization and perpetration, and lifelong health and opportunity.” In recognition of this fact, many court systems throughout the country in recent years have set up various programs intended to minimize childhood trauma. In many instances, these courts help parents overcome substance use or mental health disorders and then reunite with their children.

The mission of the Family Preservation Initiative, however, is based on a more expansive view of childhood trauma, as Stephanie Etheridge, Tennessee’s Juvenile Court manager, explained.

“This approach with this pilot aligns us with where Tennessee has headed when we think about adverse childhood experiences and reducing further trauma to children and families,” she said. “With system involvement, trauma is not only experienced when a child is removed from the home and placed in the custody of the state. Trauma happens at whatever point there is some sort of involvement with the system, whether it’s the child welfare system or the juvenile justice system. Being able to get in there and work with the families and prevent that initial contact from ever happening, thereby preventing any additional trauma to that child and that family, that’s incredible.”

The Family Preservation Initiative approach is also beneficial because it connects families to community resources as soon as a need is identified. This is important because intervention at this stage can prevent problems from growing less manageable and more disruptive.

“The goal is to assess, connect, equip, and support families as soon as possible with the tools and resources necessary for them to be healthy, stable, and thriving,” Etheridge said.

The entire Family Preservation Initiative team is thankful that Tennessee was chosen as the site of this pilot program. One person who is largely responsible for making that happen is Administrative Office of the Courts Director Deborah Taylor Tate. She started discussions with the National Center for State Courts about bringing the program to Tennessee and was central to guaranteeing NCSC funding to get it off the ground.

Director Tate is optimistic about the program’s future in the state and is hopeful that its success will serve as a model not only for other courts in Tennessee but nationwide as well.

“As a former Guardian ad Litem myself and now serving on the national Conference of State Court Administrators Board, having the first Family Preservation Initiative pilot was just a natural for the Tennessee court system,” she said. “We are so proud to have it located in Rutherford County. We look forward to positive results to share with the nation regarding adding efficiency to the juvenile court system; but more importantly we are hopeful to see a positive and lasting impact on the lives of children and families who participate in this innovative pilot project.”

Organizers are presently hard at work getting the Family Preservation Initiative ready to launch. They are holding calls with the handful of other states that have programs with a similar approach and are finalizing a list of state and local partners who will assist with the court’s work.

While beginning a new program in the midst of a pandemic presents numerous challenges, Murfree said that COVID-19 has increased the need for the court.

“Families are facing challenges they were never faced with before because of the stress of the pandemic,” she said. “It’s difficult to start a pilot in our current situation, but these problems haven’t stopped, and in fact they’re most likely getting worse.”

Like Murfree, Magistrate Lynch is hopeful that the Family Preservation Initiative will be the answer for many children and families who are struggling. With its forward-looking mission and its dedicated team, the pilot program has the opportunity to make an indelible impression on those who in the past may not have received assistance until after enduring a cascade of traumatic situations. By reaching them early, the Family Preservation Initiative can stave off the worst and give them the best chance at a happy future.

“We have to offer new approaches and as many services as we can to these families so that they can stay together, because all the research, all of our experience shows that youth are going to succeed if they can have support around them,” Magistrate Lynch said. “Even when they have faced adversity, even when they have faced trauma in their lives, they do better when they stay together in a healthy safe environment.”