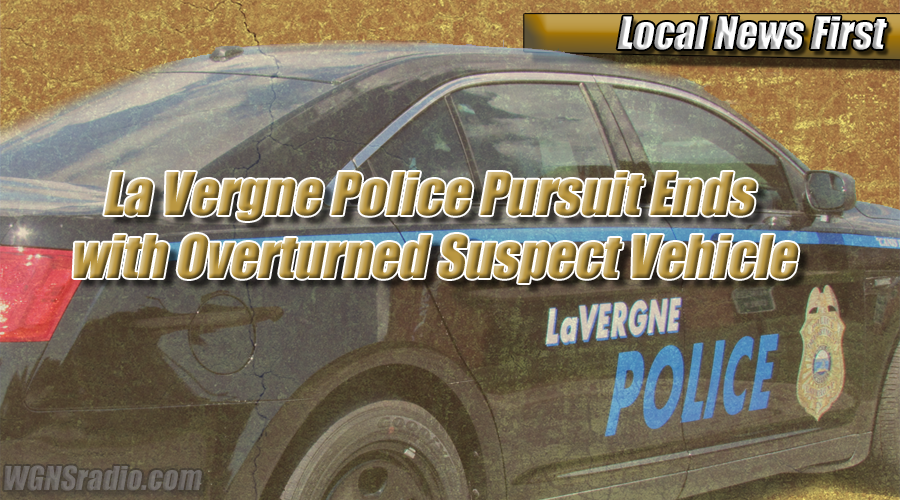 (La Vergne, Tenn.) One man is alive Wednesday morning, thanks to the quick actions by La Vergne Police Officers and fire fighters after a late night pursuit on Tuesday (3/9/2021).

Around 11:30 p.m. Tuesday night, La Vergne officers attempted to pull over a driver on Murfreesboro Road for excessive speeding. The driver fled, leading officers on a pursuit. He ran a red light at Waldron Road and Murfreesboro Road, crashing into an SUV before flipping and catching his vehicle on fire.

ADVERTISEMENT
Police confirm that the driver was trapped inside the vehicle as officers used fire extinguishers to put out the fire. Once the fire department arrived on scene, they were able to safely cut the driver out of the car. The driver suffered serious injuries and was taken to Vanderbilt Medical Center. The driver of the SUV was not hurt.

The quick actions by La Vergne officers to extinguish the fire and the extrication by LFRD likely saved the drivers life.

The driver of the vehicle that wrecked and who is facing the charges remains hospitalized at this time.
Tags: accident arrest charges DUI fire LaVergne police pursuit suspect Vanderbilt wreck
Sections: News