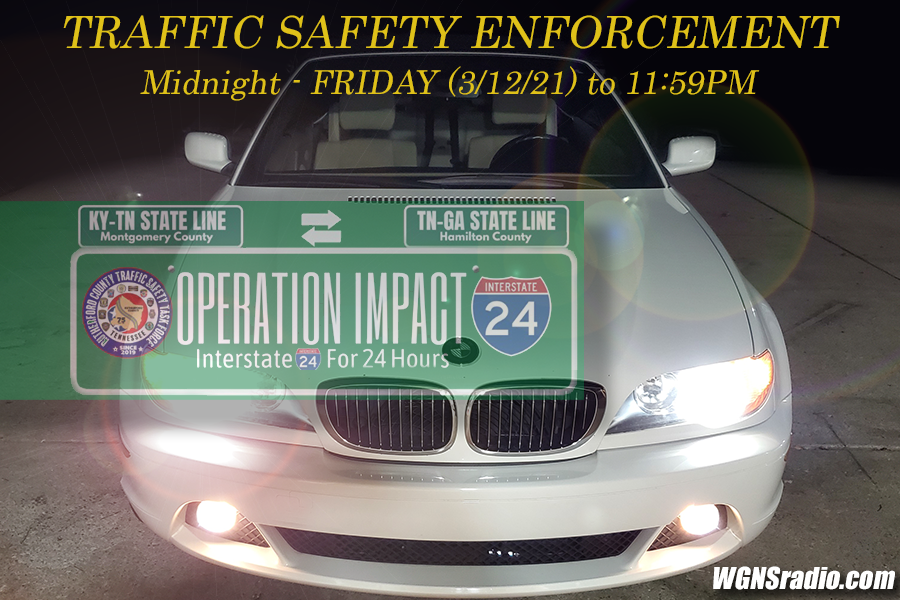 Rutherford County Traffic Safety Task Force officers will focus on dangerous drivers during “Operation Impact 24: Interstate 24 for 24 Hours” Friday, March 12 on I-24 throughout the county.

They will join other agencies enforcing traffic laws from midnight to 11:59 p.m. from Montgomery County through Hamilton County where I-24 is located during the 24-hour campaign.

ADVERTISEMENT
This is the first enforcement effort on I-24 in every county from Kentucky to Georgia.

Lt. Jon Officer of the Tennessee Highway Patrol said officers will concentrate on drivers who drive dangerously, text and drive and drive while impaired with an emphasis on commercial vehicles.

THP Lt. Bill Miller said “Operation Impact 24” will cover one of the busiest stretches of interstates in Tennessee in partnership with THP troopers and law enforcement officers in each county.

“If we can impact the reduction of hazardous moving violations, distracted driving and make commercial vehicles and all traffic safer, then we will succeed,” Miller said. “However, to be truly successful, we will need drivers to cooperate.”