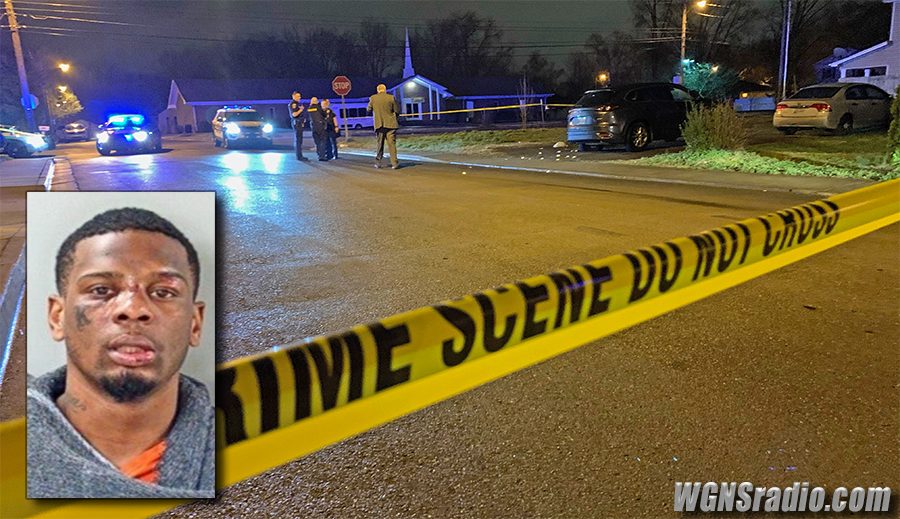 (MURFREESBORO) Here's an UPDATE on the Friday (3/13/2021) night shooting on Sevier and University Streets. 25-year old Markeace Perkins has been booked on first degree murder and other charges at the Rutherford County Adult Detention Center.

A second possible suspect is still on the run.

ADVERTISEMENT
As reported earlier on WGNS, 26-year old Carlos Vazquez was shot several times. He later died from those injuries.

During the gunfire, a woman was grazed by a bullet.

When officers arrived at the shooting scene on Friday night, they attempted to arrest Perkins, but he escaped in a stolen vehicle. While police made an effort to stop him, he stole another car and continued to run. In fact, officers apprehended Perkins while he was attempting to steal a third vehicle, according to police.

He was accused of hitting four other drivers while attempting to get away.  None of the drivers were injured.

Perkins was taken into custody after going airborne and crashing down an embankment at the corner of Middle Tennessee and Samsonite Boulevards.  He suffered facial injuries in the crash and was taken to the hospital, treated, and released, before being taken to jail.

In addition to first degree murder, Perkins was also charged also with attempted first degree murder of the woman grazed by the bullet, unlawful possession of a weapon while committing a felony, reckless endangerment, theft, and vandalism.