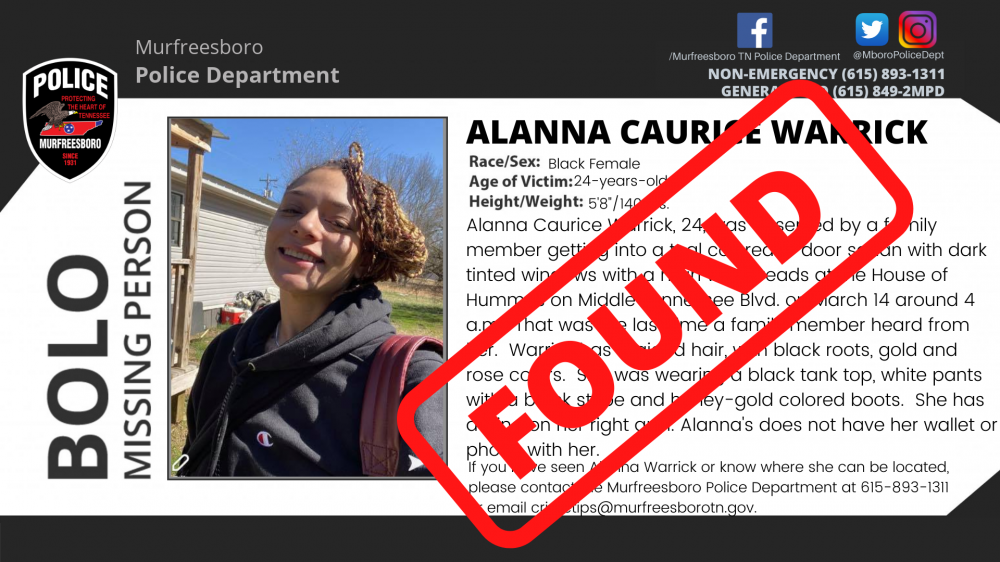 A woman who was reported missing, has been located.

Police in Murfreesboro told WGNS that 24-year-old Alanna Caurice Warrick was reported missing by a family member who witnessed her get into what appeared to be a strangers vehicle this past Sunday morning. That family member became concerned for Warrick when they failed to hear from her the following two days, which led them to report Warrick as missing.

On Wednesday morning, Murfreesboro Police were able to positively close the case. Evidently, Warrick was found safe in Coffee County.

Public Information Officer Larry Flowers told WGNS NEWS, “Alanna Warrick has been safely located in Coffee County. She has been removed from NCIC. Special thanks to the Coffee County Sheriff's Department for assisting.”

Again, the 24-year old has been safely located.