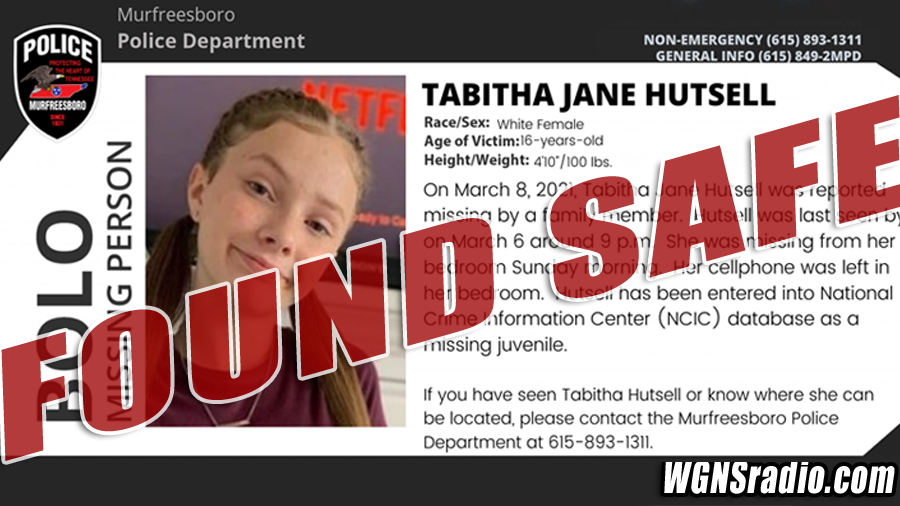 A teenager who was reported as “Missing” in Murfreesboro on March 8th has been safely located.

According to police, Tabitha Hutsell was reported by her family as missing after they last saw the 16-year-old on March 6, 2021. Evidently, she was last seen in her bedroom, where she left her cellphone behind.