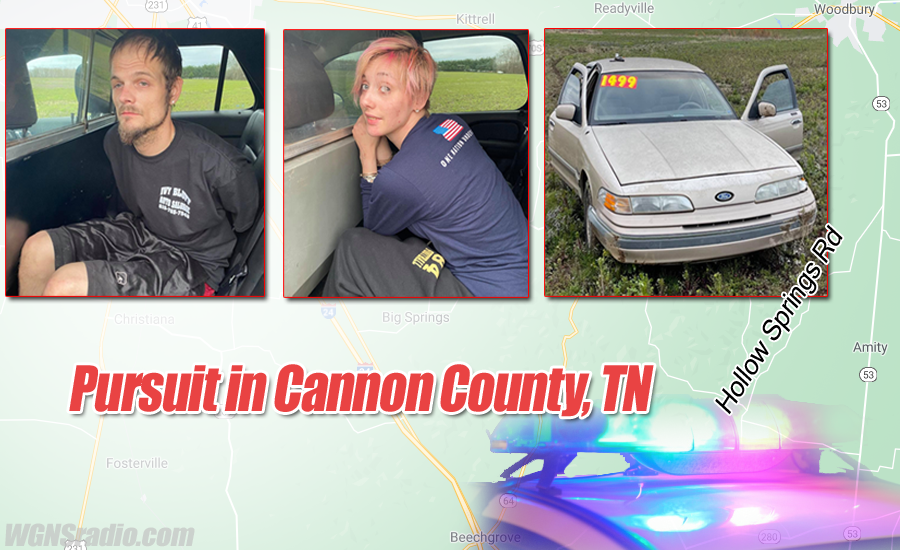 The pursuit started when a deputy attempted to pull over a sedan that almost struck the patrol vehicle. After the driver passed the Sheriff’s Deputy, the subject allegedly revved his engine.  The chase went down on Hollow Springs Road between Woodbury and Bradyville.

The chase lasted for several miles until the pursued vehicle attempted to cut through a corn field off of Trail Road. It was at that point that the car got stuck and the driver was quickly captured.