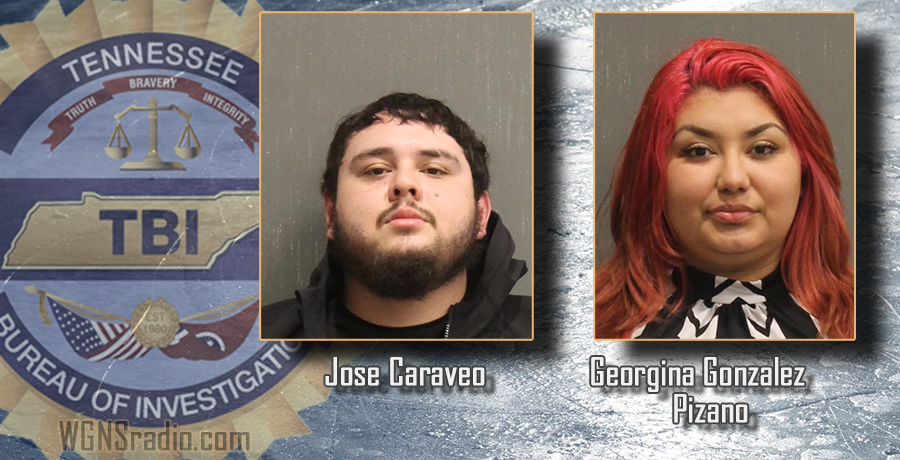 As the result of an ongoing drug investigation, Special Agents with the Drug Investigation Division of the Tennessee Bureau of Investigation arrested two people Thursday night, and charged them with possession of methamphetamine.

TBI Drug Agents received information about two individuals who had an amount of methamphetamine for resale in their possession. On March 25th, Agents executed search warrants at two rooms in a south Nashville hotel. As a result of the search warrant, Agents discovered approximately 28 one-pound packages of suspected methamphetamine, along with additional evidence.

As of Friday afternoon, Caraveo and Gonzales remain behind bars under a $250,000 bond.