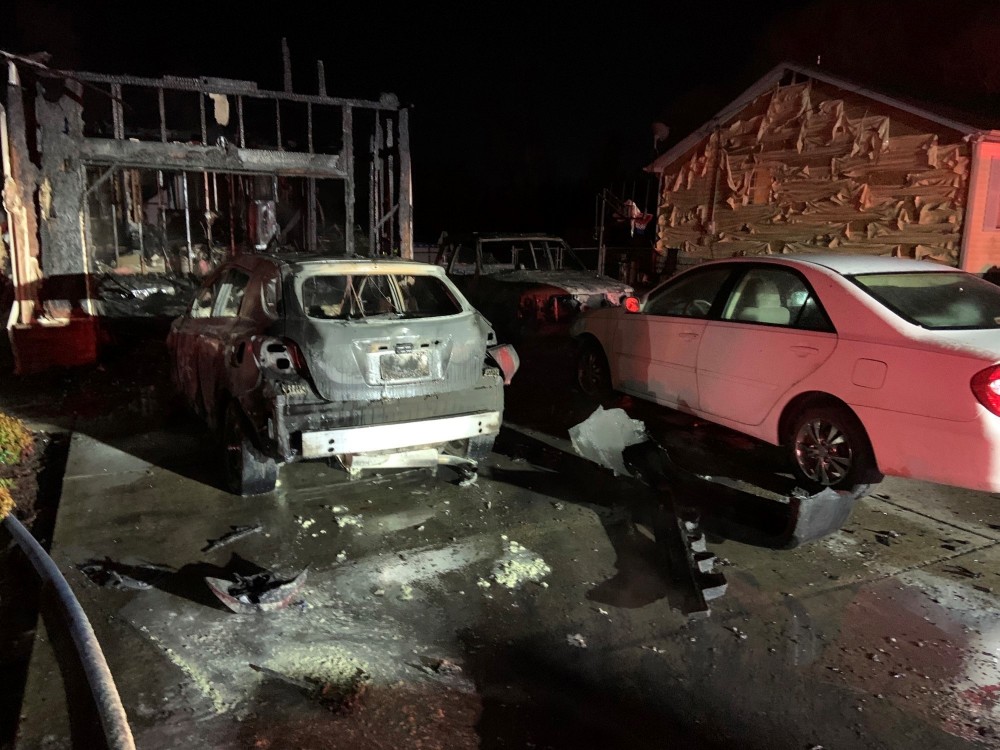 Almaville personnel were first on scene and notified other arriving crews of a single-story house with heavy fire showing.

ADVERTISEMENT
Three female residents were able to escape uninjured after discovering the fire in their garage. Crews worked tirelessly through the early morning hours to bring the fire under control.