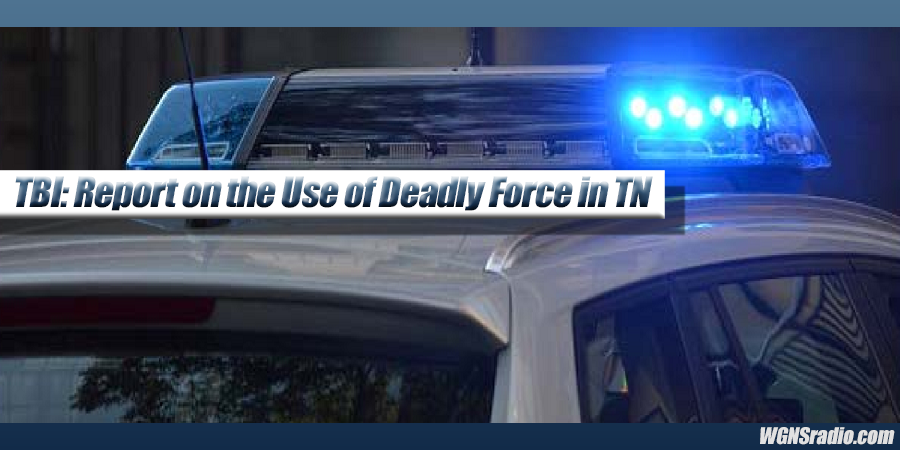 On Thursday (4/8/21), the Tennessee Bureau of Investigation released a comprehensive study detailing law enforcement-related deaths that occurred in the state in calendar year 2020.

The report, released in accordance to the requirements in Tennessee Code Annotated §38-10-102, uses established definitions and methodology and provides information qualifying incidents submitted by the state’s law enforcement agencies. Data has been divided into three categories: Deadly Use-of-Force Incidents, Arrest-Related Non-Forcible Deaths, and Deaths in Custody.

Among the reports’ findings:

- In 2020, a total of 28 deadly use-of-force incidents occurred in the state, with incidents in the months of May, June, and July accounting for 46.4% of reported deaths. The data collected by the TBI showed there were no deaths related to the use of deadly force during the month of January.

- Twelve of the reported deadly use-of-force incidents occurred in a highway, road, alley, sidewalk, or street. Nine occurred in a residence.

In disecting some of the data, there were 28 deadly use of force incidents reported in 2020 and 17 in year 2019. That number represents a 64.7% increase of deadly force incidents that proved to be fatal. It was also reveled that more times than not, incidents more frequently occured between the hours of 9PM and 11:59PM, followed by 6PM and 8:59PM.

You can see the report that was released by the TBI here.