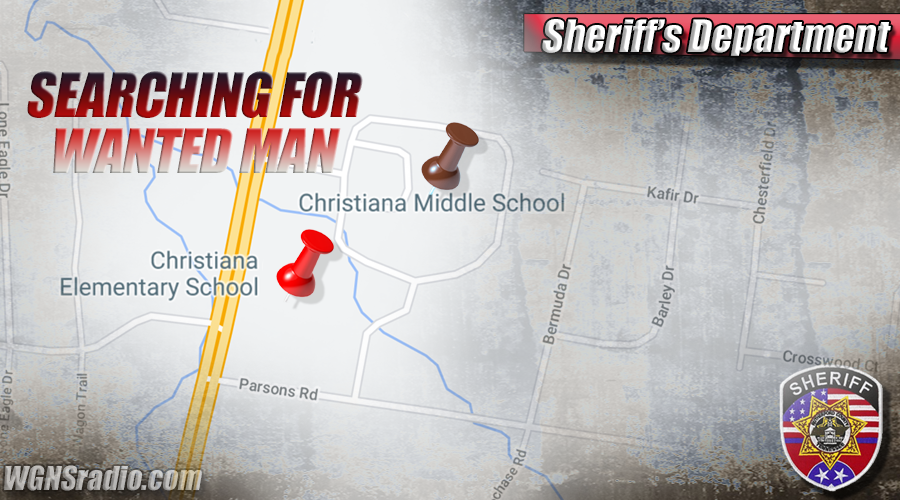 Christiana Elementary and Middle Schools were placed on lock-down Thursday as the Rutherford County Sheriff's Office worked to nab a wanted man.

Evidently, the Sheriff's Office searched several hours for the felon and even asked that residents in the area of 231 South and Stones River Lane keep their doors locked and stay inside their home.

According to deputies, the white male was wearing bluejeans with a light colored blue and green shirt.

WGNS confirmed that the subject was wanted by law enforcement in Lincoln County, Tennessee. However, details were scarce as to why it was thought he was in Rutherford County on Thursday.

The search was later called off.

WGNS will report more information about the situation as soon as it becomes available.