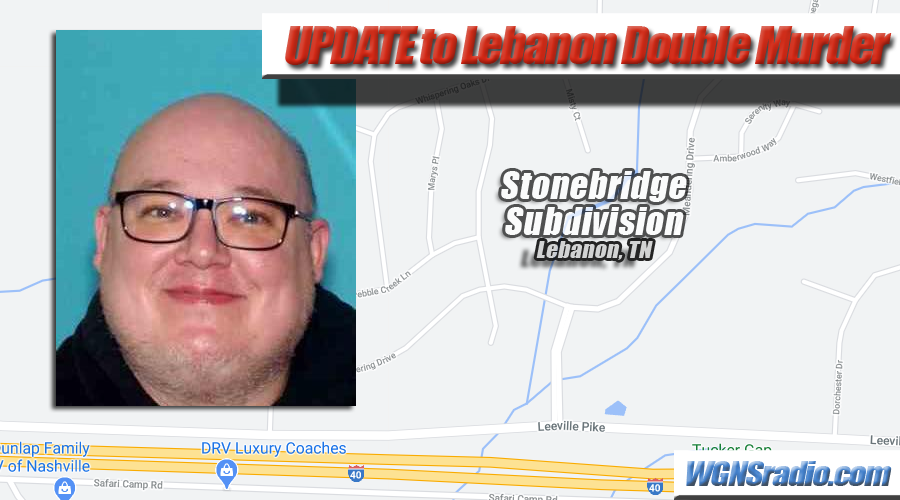 WGNS has an update to the shooting that left two dead in nearby Lebanon, TN on Monday.

The Lebanon Police Department has confirmed the identities of the victims as 31-year-old Marie Varsos of Nashville and her 60-year-old mother, Deborah Sisco - who lived in Lebanon.

ADVERTISEMENT
Marie Varsos was estranged from her husband Shaun Varsos, the alleged shooter in the incident. Marie was living with her mother at 1400 Whispering Oaks Drive in Lebanon, which is the home of where the shooting took place.

On Monday (4/12/21) morning, 36-year-old Shaun Varsos reportedly broke into the residence armed with a shotgun. After entering, a call was made to 9-1-1.

During the invasion, Mr. Varsos was shot and injured, prior to shooting and killing mother and daughter Deborah and Marie. He then fled the area in a rented Nissan Pathfinder and was later found in West Nashville, with what appeared to be a self-inflicted fatal gunshot wound, according to police.

At some point on Monday, Varsos posted what appeared to be a suicide note on his FaceBook page. The writing focused on his estranged wife who Police say he killed. Varsos claimed on FaceBook, “Ultimately she won and got what she wanted, me being dead.”
Tags: Lebanon Nashville Shaun Varsos shooting suicide Tennessee TN Varsos Wilson County
Sections: News