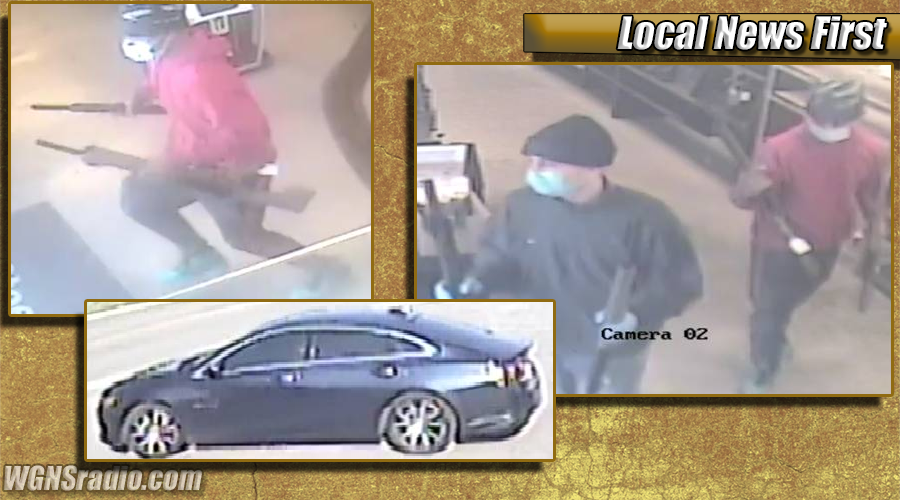 Have you seen these men or this car?

LA VERGNE, Tenn. — We have more news on a firearms heist that happened in LaVergne on Monday, April 12th. Now, the Bureau of Alcohol, Tobacco, Firearms and Explosives (ATF) in conjunction with the La Vergne Police Department and the National Shooting Sports Foundation (NSSF), the trade association for the firearms industry, are offering a reward for information leading to the arrest and conviction for those responsible for the theft of firearms from Specialty Arms, a federal firearm licensee (FFL).

MORE: On April 12, 2021, Specialty Arms FFL, 184 Old Nashville Highway, La Vergne, Tennessee, was burglarized where approximately four firearms were reported stolen to the La Vergne Police Department. Three individuals went into the store, stole the firearms and left the premises.  ATF Industry Operations Investigators responded to the FFL and are in the process of conducting an inventory to determine the exact number of firearms stolen.

ADVERTISEMENT
ATF is offering the reward for the amount of up to $2,500, which will be matched by the NSSF for a total reward of up to $ 5,000. This reward is part of a larger national cooperative initiative between the NSSF and ATF in which NSSF matches ATF’s reward in cases involving the theft of firearms from federally licensed firearms retailers.

The subjects entered Specialty Arms on Old Nashville Highway on Monday, April 12 around 5:00 p.m. and ran out of the store with multiple weapons. At least three people were involved.

The subjects fled the scene in what appeared to be a dark blue or black, newer model Chevy Malibu.