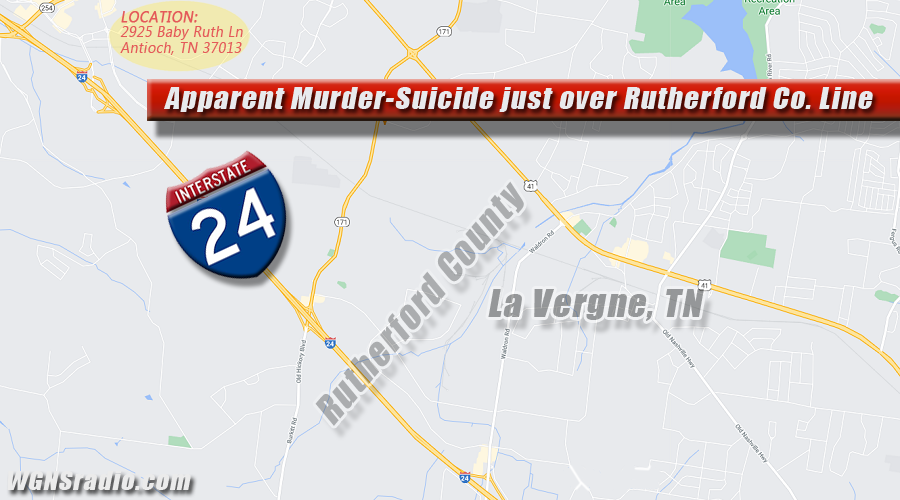 What has been labeled a murder-suicide took place this past Friday just over the Rutherford County line in Antioch. The incident is being investigated by the Metro Nashville Police Department.

The deaths involved suspected shooter Anthony Davis, who was 41-years-old and his 35-year-old girlfriend, Camara Harris. The incident occurred inside their apartment at 2925 Baby Ruth Lane.

Metro Police Officers responded at the scene on Friday afternoon at 2:45 p.m. to check on Harris’ welfare after a family member reported that she had not shown up at a family gathering. Harris’ vehicle was parked outside and she was not answering her phone.

According to authorities, when officers entered the apartment, they saw Harris motionless on the sofa and Davis holding a handgun. After seeing Davis, the officers began to back out of the apartment. They then heard a gunshot. Upon re-entry, officers saw the couple’s 6-year-old daughter who told them that her mother was hurt.

Harris was deceased from a gunshot wound. Davis was found with an apparent self-inflicted gunshot wound to his head.  A handgun was recovered from Davis.

The couple’s 6-year-old child was not physically injured. She will be placed with family.