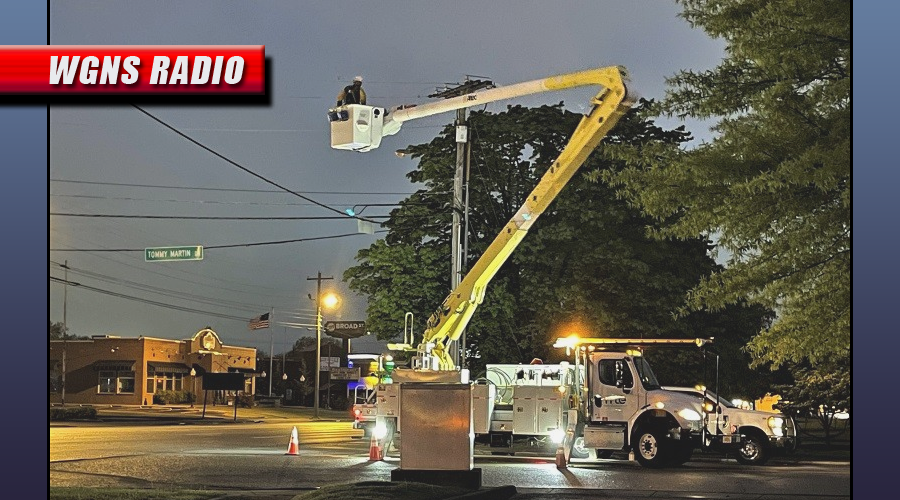 (Murfreesboro)  Middle Tennessee Electric crews never know when they will be called into action.  Around 4:00 o'clock Wednesday morning (4/21/2021), crews were dispatched to Broad Street near South Church Street - where a main power line caught fire and was burning.

The crews quickly arrived on-the-scene and began replacing the lines. Murfreesboro Police were called to stop traffic and allow MTE crews to take the line across Broad Street and connect it to the main power transformer.

The crews had power back on in a little over two-hours. Of course, that also meant that WGNS was back on-the-air as the burning power line was almost directly behind WGNS RADIO and the studio was on that impacted circuit. 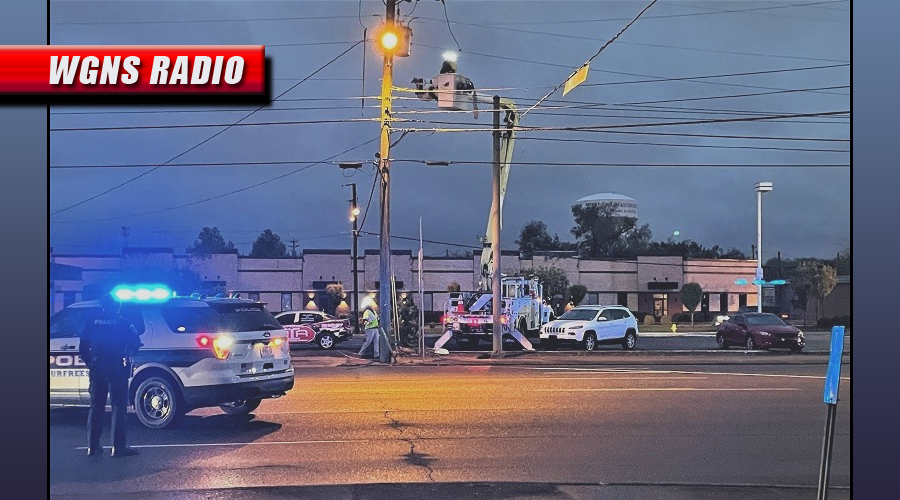